There’s A Price Paid For Everything 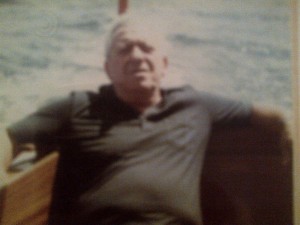 I was very fortunate to have had a strong family presence in my life. There was always family around us, and plenty of wisdom and experience that came with it. When I was growing up, we lived in a three-decker tenement; each floor had an apartment.  We lived on the third floor, and my maternal grandparents lived on the first floor. We were in their flat as much as we were in our own, and we ate dinner in my grandparents’ apartment every night. We didn’t have much money, but we were clearly rich in love with a tight family bond.

That set-up made for a great learning opportunity for my sister and me. We spent so much time talking with our grandparents and hearing about their experiences. I will write about this from time to time because it had such an impact on my life. Here’s a great lesson I will never forget.

One time, at the dinner table, I mentioned to my grandparents about taking a short cut to accomplish something. I can’t exactly remember what it was, but I remember being all proud about not doing all the work necessary, yet still accomplishing getting the task done. My grandfather, who I called “Bumpy”, cleared his throat, put down his fork, and looked at me with a slight expression of disapproval. He said, “Louis (that’s what my family calls me), let me tell you something that happened to me when I was a young man.”

My grandfather proceeded to tell me about when he was younger and there wasn’t a lot of steady work. He would show up at different locations to see if he could make a day’s pay at construction sites, the shipyards, or other places where they hired casual help. One of his first stops was the shipyard, because there were always new shipments coming in to be unloaded off the boats and onto trucks. Also, my Uncle Rico was on permanent work there, and he would always try to get my grandfather on the job whenever he could. Sometimes he could, and other times didn’t work out so well, but, regardless, my grandfather would hustle to make a buck.

One day, my grandfather got on the job and the crew was loading butter and other perishable supplies onto trucks. At one point, toward the end of the shift, one of the cases of butter “fell off the truck”. It busted open, and it was customary at that time, because of the tight economic conditions, for guys to help themselves. My grandfather was a hard-working, honest guy and he made a point of staying away from those situations and stuck to his job, minding his own business. My Uncle Rico was the eldest brother, and had to fend for his brothers and sisters all of his life (my great-grandfather died when they were kids), so he looked at life differently and would not only partake, but also encouraged the practice of when things “fell of the truck”.

I’m going to stop here for a brief moment to clarify something. My Uncle Rico was a really great dude who had the best interests of his family in mind. He was saddled with the responsibility of fending for his family, and back then, being Italian immigrants, circumstances were much different from what I, and most others, have ever experienced in our lifetime. Regardless of these facts, my Uncle Rico definitely cut corners and did some questionable things. I have to admit, it never altered my opinion of the man; I really loved him and enjoyed his company.

Ok, back to the story.  My grandfather was punching out to head home, when my Uncle Rico came over to say good night.  When he hugged my grandfather, he shoved a box of butter into his coat. He told my grandfather to go home and bring it to his family. My grandfather was a nervous and conservative man normally, but walking home with the stolen butter in his coat – he was a nervous wreck. He explained to me how during the entire walk home, he was worrying about the wrong thing he was doing, making him clench onto the butter tighter and tighter.   When he finally got to the apartment  (he couldn’t get in the place fast enough), my grandmother told me he was sweating and all flush. My grandfather proceeded to open his coat and handed my grandmother the butter, which was all melted and had turned to mush. He was so stressed out, gripping the butter so tightly, that he caused it to be useless.

He looked up at me after telling the story and said, “Louis, there is no such thing as cutting corners. Nothing is free. You will pay, one way or another. Take control of how you pay for things. Work hard and earn what you get; there is more satisfaction in that approach than in any other way of living.” He then told me that he never took anything again in his life; he stuck to earning what he had, and even though they may have had less, he was a happier man for it.

Because of my man Bumpy, I now realize that you are only fooling yourself when you “cut corners” in any aspect of life. You may get away with it in the short-term, but it will always catch up with you. Put in the hard work up front, invest the appropriate time, and plan appropriately in advance – this approach will always serve you well. “Cutting corners” is sure to cause you grief and bring unhappiness. Nothing worth it comes easy, and nothing, nothing is for free.