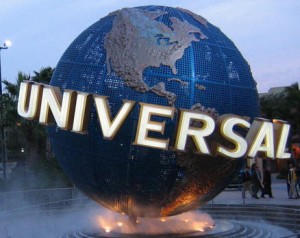 My son turned 10 this week, so our family went to Universal Studios in Orlando for the occasion and a little fun in the sun. I had been to Universal Studios a couple of times when I was with the NFL, but never stayed at a hotel in the park itself, and we’ve never been there with the kids. We have gone to Disney World and stayed on their property countless times, so we are accustomed to the Disney way; we honestly didn’t know what to expect, or how Universal Studios would measure up in comparison. We have been quite pleased with our decision to take a chance on Universal Studios.

They are two very different parks, but with Disney being the 800 pound Mouse in Orlando, it is easy to understand why Universal seems to be trying harder. They are providing customer service that Disney isn’t, and perhaps cannot, due to sheer volume. The most glaring difference is in lodging on property in Universal Studios as compared to staying on property in Disney World.

The most pleasant customer service play is that when you stay at one of Universal’s three in-park hotels, you automatically receive Universal Express and it is unlimited at both Universal Studios and Islands of Adventure (which can also be purchased in the park for a hefty fee of $70.99 per person, per day). Universal Express is similar to Disney’s Fast Pass, where you are able to go into a quicker line to get to the ride or attraction. In Disney, Fast Pass is free, and everyone has an opportunity to access quicker lines based on appointment times set for riding or viewing. Disney’s Fast Past is a nice mechanism that allows you to enjoy more rides during the day, and if you know how to properly plan your timing to run around and work the system, you will have a much more pleasant experience than by always waiting in the regular lines.

Universal Express pass beats out Disney’s Fast Pass hands-down. If you are a guest at one of the Universal park’s hotels (Hard Rock, Portofino or Royal Pacific), the only thing you have to do is show your room key at the ride entrance, and you are “express” all the way to the front of the line. We stayed at the Hard Rock Hotel and received this perk. In an unscientific calculation, we estimated that flashing our room key saved us anywhere from 50% – 75% off our wait. When the posted wait time on specific rides stated 60 minutes, we were typically in line for 15 minutes max with the Express pass. During our stay, we probably saved a full day of not waiting in lines. This courtesy to its hotel guests is an over the top amenity that is worth not only a mention, but a rave review. If we were to purchase Universal Express for a family of four, it would have cost over $280 a day, or almost half the cost of a two-room “Kids Suite”. That’s incredible value, no matter how you calculate it.

Both theme parks allow early entrance to those staying on property, but anyone who has seen the size of the crowds at the Wizarding World of Harry Potter at 8am compared to when the park opens to the general public would have to agree that the advantage right now has to be with Universal’s early opening perk opposed to Disney’s. If you get to the ride “Harry Potter and the Forbidden Journey” first thing, and prior to when the park opens to the general public, your wait will be 10 to 15 minutes. Once the park opens, it’s a minimum wait time of 90 minutes, and there is no opportunity to use Universal Express for this attraction.

Another fun amenity of staying at the Hard Rock Hotel at Universal is that instead of finding mints left on your pillow each night before bed, you discover guitar picks, funky bracelets, or smiley faced super balls, giving a new meaning to “have a nice day”. And poolside at the Hard Rock Hotel, there was great entertainment during the day, and “Dive In” movies at night. All these great fun perks show that they are trying harder at Universal Studios, especially when you stay at their hotels.

If you are a fan of the Disney way, Universal may very well edge out Disney when it comes to being their guest on property. You just might be pleasantly surprised with the Universal way to stay in Orlando.

If Mark Cuban Isn’t Too Busy To Respond, Neither Are You

Winning the Customer ~ On Sale Now