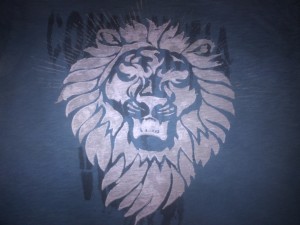 My friend, Nick Di Mauro, and I were having a conversation last week at one of our favorite restaurants, Angelo’s in Stoneham. The discussion prompted this post. We were talking about our families and upbringing, and he told me a story about his father, a very wise and “old school” gentleman. Nick said that every morning, his father would say to him, “Are you going to be a lion today or a gazelle?” I know that what I write will not do the daily question justice, but in a snapshot, his father was motivating him to take charge of his life and go out and get things done. Nick stated, “I know you get what my dad was saying because of that ‘Go Do’ mantra you are always putting out there on social media.”

The fact of the matter is that I had a very wise and motivating gentleman in my life as well. I lived in a triple-decker in East Boston with my mom and sister on the third floor, and my grandparents lived on the first floor. Now, I have been very fortunate to have many, very smart people to guide me over the years, but there were things that my grandfather said that just stuck; things that changed my perspective forever.

One day, we were chatting and watching college football in his den. The conversation that day was about work. I may have been about sixteen and was working at Liberty Market, a grocery store in East Boston. I had jumped in the night before by helping out the manager, bailing him out when he could’ve really used the extra effort. I was telling my grandfather the story, and he turned to me and said, “You need to bottle that experience and use it as motivation in the future.”

I asked him what he meant, because it seemed he was getting at more than the obvious. My grandfather went on, “I realize this may seem harsh, but today’s hero is tomorrow’s goat. People have short-term memories and judge others on what they have done for them recently, and quite often forget all the great things that a person has done for them over the long haul. So don’t rest on your laurels, and do great things always. Not for them, for you.”

I smiled and shook my head, but was thinking that he was being a bit dramatic, probably for effect. There’s no way you need to do great things always to be considered a key member of the team.

I was proven wrong a few weeks later when the guy I had bailed out gave me crap for not being able to fill in when he needed me the next time. It wasn’t a big deal, but I could tell that the dude was not treating me the same way until I volunteered to help him out once again. Even though I went above and beyond quite often, the one time I couldn’t help out, I became the one at fault. My grandfather may have been onto something. But the key was when he said, “Not for them, for you.”

My grandfather understood I could only control what I did, and not the actions or thoughts of others. I definitely didn’t want to be at the mercy of a moody manager, so I started treating work more proactively. Every day I went in, I thought to myself, “If I don’t do something great today, I am going to get fired.” Now I was the one being dramatic, but it was motivating.  Throughout my radio and television career, I had that thought every day. And when I was with the Patriots, on the drive I pondered, “What am I going to do today that is great, so I do not get fired?” I was constantly pushing myself to do impactful things to help the organization, because if I did, I would have a job the next day. There was no coasting; every day I had to “Go Do”.

Nick’s dad knew what my grandfather knew: you are either the lion or the gazelle. Gazelles coast through life. Lions, well, they go do. If you are not getting where you want to be, ask yourself, “Are you being a lion?”