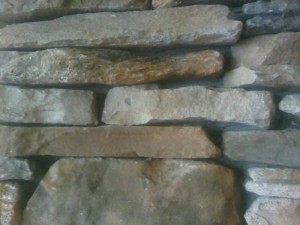 Have you ever noticed that when there is slight moisture on a retaining wall, even if it’s just a bit damp, it typically turns into drops of water? The leak starts as a drip, and over the course of time, the drip becomes larger. Before you know it, there is a little leak. Then the leak steadily flows and you realize you have a problem that has to be fixed. The reality is that you most likely knew it was an issue when the wall was just damp but just didn’t address it. It’s not just a problem with walls and leaks; it’s a major pitfall for all of us. In every day life, we see a very tiny issue and instead of addressing it immediately, we hope that it will resolve itself so that we do not have to deal with it.

That approach is not only flawed, it is wrong.  For many folks, when problems arise they wait much too long to deal with them.  The delay in addressing things causes the issue to get so large and unruly that it becomes extremely difficult, if not impossible, to fix. The silly part about all of this is that if it was addressed immediately, the solution would have been simple and the worrying would have been cut out of the equation.

When it comes to business relationships or work-related problems, both management and employees are hesitant to address the issues face on and attack the problem in order to fix it. They hope that over the course of time, things will work themselves out. It’s the wrong strategy. Regardless of the issue, the best strategy is to take this three-pronged approach:

1) Identify all the possible solutions,

2) Weigh out the pros and cons of each,

It may seem simple enough and that these are steps we all should know and do, but unfortunately, people do not like to “be the bad guy” or “get their hands dirty”. Addressing the situation, even when it’s absolutely justified and appropriate, can be unpleasant at times, and that’s where people freeze in taking action. Their paralysis is a mechanism that is implemented to avoid the unpleasantries.

Guess what? It does just the opposite. Even though you don’t act upon it, the problem is still present and it festers and becomes a sore and sensitive issue the longer it goes unaddressed.  As brazen and straightforward a person as you may be, there are times when avoidance is the path you take. I am very confident and straightforward, yet I have succumbed to the avoidance “virus” in the past. A few years back, I had someone working for me who wasn’t doing their job; the individual didn’t have the organization’s best interests in mind, and was a drain on the company. I had talks with this person over the course of time to try to get the efforts back on track, but I knew that my words were futile and the only solution was to part ways. I, and others in the group, became resentful to this person’s actions, and I definitely let it linger longer than I should have. When I finally addressed it, it was a weight off my shoulders and we were so much better for it. Even though I knew the right course of action, I stalled when I should have followed the three simple steps above.

The key to minimizing any issue is addressing it immediately with a well-thought-out solution. My grandmother, who was a seamstress, would see a string hanging from my shirt, and tell me, “Don’t pull and tug on it; get a scissors and cut it off.” She was dead on, because pulling it just made matters worse. Such is the case with any issues that arise. Don’t let them hang, don’t tug on them, just address them straight on and fix the problem. Do you have an issue that has been wearing on you for some time now? What are you waiting for? Go fix it in three simple steps.