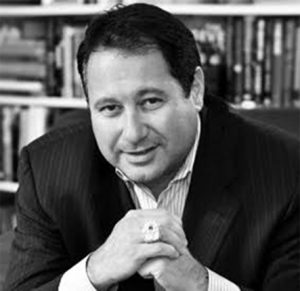 Lou Imbriano serves as Managing Partner of Tentacle, a Marketing Engine. He is also
Managing Director of Tentacle Capital, A firm forged at the intersection of marketing and finance, providing C-Level intellectual capital, traditional funding, marketing strategy and vision to small through midsize companies and startups. Imbriano Group is a key stakeholder in Tentacle Capital, Tentacle, Oceans Table and a number of other portfolio companies. Lou provides advice to billionaires and small business owners alike.

Lou Imbriano serves as Chairman and CEO of the Imbriano Group, a think tank and consultancy firm that provides intellectual capital and solid business strategies to organizations of all sizes. Imbriano Group is a Global Marketing Strategy and Business Advisory Consultancy that works with organizations to turn around their marketing efforts and increase profitability. The Imbriano Group has a team of established and experienced consultants with a track record in rebuilding the business side of organizations and positioning them for extreme growth is undefeated. Their techniques address short-term concerns, while ensuring long-term sustainability. Imbriano Group.com

Lou is also Cofounder and Managing Partner of the Imbriano Group portfolio company, Tentacle. Tentacle is a cutting edge, Mobile, Digital and Social Marketing engine. Although Tentacle has all the capabilities of a traditional digital & social agency, it transcends that as a Marketing Technology Agency which empowers brands to interact and engage with new and existing customers with pinpoint accuracy in both time and location. Tentacle targets consumers with precision to put your brand in front of those prospects whose interest in your product or service is verified. Tentacle’s technology accelerates the convergence of real-time data collection and immediate one to one marketing. Tentacle360.com

Imbriano joined the Kraft Sports Group in 1997 to oversee the sales and marketing for the New England Patriots, New England Revolution and Foxboro Stadium. His sales and marketing leadership propelled the Kraft family’s sports and entertainment ventures among the highest revenue-generating entities in the country. Simultaneously, he vastly broadened the scope of marketing programs and business initiatives for the teams and stadium. In 2002, the Kraft family christened CMGI Field, later renamed Gillette Stadium, a $325 million-dollar privately financed state of the art sports and entertainment facility for which Imbriano negotiated two multi-year, multi-million dollar stadium naming rights deals. Imbriano also negotiated deals to name all three stadium entrance gates, the Fidelity Investments Clubhouse, and the parking lots around the stadium property, totaling more than one quarter billion dollars. In 2003, Lou expanded his role with the Revolution, overseeing all business aspects of the soccer team, while continuing to oversee Patriots and Gillette Stadium responsibilities. His immediate business re-structure made great strides in making Revolution Soccer a healthy and viable business, as he took the team from millions of dollars in losses to a position of profitability.

Imbriano began his career working as a sports producer for WHDH radio in Boston, where he produced all of the station’s sports talk shows and sports specials, including the broadcasting of the New England Patriots football games. After four years at WHDH, he joined WEEI as the executive producer for Boston’s only all-sports radio station. In 1994, he was promoted to station management, and was responsible for creating, formatting and developing marketing programs, on-air programming, events and station initiatives.

Imbriano has created, formatted, produced, and developed numerous successful events, broadcast programs and business entities. He created and produced Sports Jam, an interactive sports fan festival that incorporated aspects of all of the major professional sports teams in New England. Imbriano co-created and formatted The Phantom Gourmet, a food and dining television program. Lou also played an important role in creating and/or producing the WEEI Celebrity Golf Tournament, The A Team, The Hot Dog Safari, The Dee Brown Slam Dunk Tour, An Evening with Boston Super Stars, WEEI Madness, Jambalaya Crusade, Tuesday Night Football, Team 850 Racing, Ciao-Chow Bambino and a multitude of charitable events that have cumulatively raised over $10 million for deserving charities and foundations. Imbriano serves on a number of boards and charitable committees. He speaks to colleges, businesses, and organizations across the globe on topics including relationship architecture, customer service, marketing and social media.

Imbriano also has inspired college students as a professor of sports marketing at his alma mater, Boston College from 2007-2014. Additionally, he was the co-founder of #sbchat on twitter providing insights and experience to the sports business industry Sunday nights at 9:30pm ET.

Lou is the author of Winning the Customer a business and marketing book from McGraw-Hill. He also blogs his philosophy, experience, stories, and teachings at his Relationship Architecture blog on his website, LouImbriano.com Additionally, Lou began sharing parenting stories in 2019 for the blog, Be Present which can be found at beeverpresent.com

Looking for your next speaker? We want to hear from you!