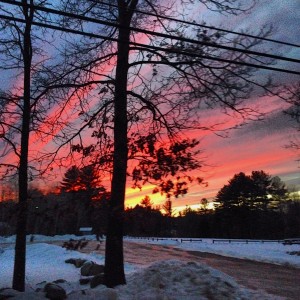 Every day, people interact with pleasantries and untrue exchanges. Questions are asked and others nod their heads in agreement, not because they actually agree, but because they do not want to “get into it” or ruffle feathers or be rude. Just because you disagree with others doesn’t mean you are rude. People often claim they are offended by a contrary response, but in reality, they are the ones being rude. When you ask a question, you should anticipate any answer, not just the one you are looking to receive.

There’s the primary root of the evil. People often ask questions not because they want real answers; they do so to validate their own opinions. So, naturally, when they are challenged, they believe the other person was rude in regard to their truthful, unbiased answer. I have heard the retort, behind the other person’s back of course, “Can you believe the nerve of that guy?” Which really isn’t a question at all.

The funny thing is that during all the pleasantries, everyone knows it’s a facade. Even the person asking the question, needing to cling to their delusion, ponders whether the validation is real or just a pacifier. This “can’t we all just get along” dance happens in all levels of business, but it’s not a surprise that the greater the separation in title, the more there’s agreement by underlings. The bad news is that the person who is truthful, wanting to get to a solution and not just a smile, is looked at as the bad guy. The system is completely inverted. The honest person is labeled the villain and the lying “head-nodder” is wearing the white hat. The system and the entire practice is rubbish!

The only way to ensure progress is to look at every possible angle, route, direction, and suggestion. Many opinions on a course of action are crucial to progress or success. I am not promoting to simply be a contrarian, because those folks are just as bad as the head-nodders, perhaps worse, because they prolong things for no reason. No, I am talking about honest, experienced and/or instinctual opinions and answers to questions. I am talking about being disruptive, not for the purpose of chaos, but to ensure progress.

I used to be an employee; I am now an entrepreneur and consultant. It is definitely much more accepted for a consultant to be disruptive, because we are hired when there is a need for change. But I took pride in being a positive disruption when I was an employee, because I know it not only made people think deeper and differently, but it also caused them to raise their game. Whether it was with a GM, CEO, Manager, President, Director, Owner or General Staff, I was never in agreement, unless I actually believed in the course of action. I was, and still am, notorious for speaking up when all others were nodding. It is an unpopular position, but you are not in a job to win a popularity contest; you are there to make a positive impact. It is important to highlight all the options, not just the favored one of the CEO.

This is not to say that my opinions were always correct. No one is always correct. But if you are truthful in your approach, have passion for what you are working on and believe in a course of action, you need to bring it to light. Even if it’s not the best route, it will get others thinking and working together and moving toward better progress. Often, even though your complete direction is not adopted, a piece of it leads to a better or more complete solution. The collaborated route to a direction is always better than a myopic plan.

So while you’re sitting in a meeting biting your tongue, or asked a question that  leads in a direction that you do not fully buy into, do not be afraid to speak your mind and strive for a better solution. Those who are a positive force of disruption are the ones who not only get noticed, but also get rewarded. Be Disruptive.

Not My Job – I’m Not Buying It