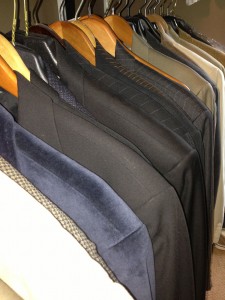 It was just after midnight. Patricia and I had just finished watching a movie, and the notion of sitting in the hot tub before bed became appealing. So I went out to the deck, opened up the cover and submerged myself into perfectly heated, 103-degree, crisp, clean, chlorinated water. I immediately felt relaxed and settled into that one seat where the jets pulsated the strongest to get the full effect on my muscles. It felt spectacular, as a rush of thoughts and ideas began to float in my mind. The combination of a relaxed body and an active mind was precisely where I wanted to be.

Except, on this night, it was a bit darker than usual. No moon. No stars. It was pitch black, and the thought of the darkness crept into my head. My active mind took over and suddenly, all the comfort I was feeling turned to fidgeting and the restlessness became discomfort.

The way the hot tub is situated, that one seat with the perfect jets faces the flipped up cover, exposing my back to the open deck, the stairs and anyone or anything lurking behind me. I live on a lake, and images of old-time hockey masks began to dance in my head. As much as I tried to shake the thought, I was very aware that the sound of the jets and bubbles would drown out any approaching footsteps. I had to move from the perfect spot, the precise place I wanted to be, to the other side of the tub, providing me with protection from the back and a view to anything coming my way. Similar to how a mob boss would position himself when sitting in a restaurant to make sure he wasn’t going to get whacked while enjoying his favorite linguine cabonara.

The episode got me thinking, beyond machetes and chainsaws; it led me to a semi-epiphany. I say semi because the concept had crossed my mind before, but it has bubbled up to the surface more intensely now. It led me to fully realize that we are our own worst enemies… not other people, not outside factors nor unfortunate situations. We are the cause of our own demise. We are out there working hard, making it happen, and everything is going smoothly, until we let thoughts pop into our head to derail our progress and make things much more difficult than they need to be.

My grandmother was a seamstress who worked in a suit factory sewing piecework. She had a saying that resonates as strongly with me today as it did many years ago when she first told me, “Louis, whatever you do in life, don’t be a thread puller.” What she meant by that is that thread pulling ruins the suit. You have probably seen a thread hanging from someone’s suit and instead of getting a scissors to cut it off, the person pulled the thread, unwinding the stitching and causing a hole or irreparable damage. Thread pullers, more often than not, cause irreparable damage because they can’t leave well enough alone.

People do it all the time. They let notions, past failures, lack of confidence, and snide remarks of others creep into their brain and unravel all the good that was sewn together. Just like I did with the comfort I had while sitting in that one seat with the perfect jets. If this happens, you have to take some preventative measures. The key is to recognize what you are doing, and stop those destructive thoughts right in their tracks. You have to combat the negativity and damaging thoughts and, like a good seamstress, get the scissors and cut that thread of thinking.

I realize it is a lot easier said than done. I squirmed in the hot tub far too long thinking about unpleasant sneak attacks, until I reasoned with myself and made a key discovery. If, in fact, a team of villains wanted to make a horror movie out of my hot tub and me, then no matter where I was sitting, I would be sliced and diced. There was also the thought that the likelihood of such an occurrence was both unrealistic and farfetched. Once I realized the outcome was a farce, a myth, and without reason, I settled back into the precise spot where I had started.

The same goes for any negativity that creeps into your mind trying to manipulate and murder your progress and success. Stop and think through your progress logically. Believe in yourself, your instincts, and have the confidence that your decision-making is the appropriate course of action. Embrace the fact that you are the one who will lead to your own success or failure. Nothing can stop you unless you let it.

So don’t let the footsteps spook you. Let reason lead the way. Let me take the horror out of it and use the words of my grandmother: Don’t be a thread puller.

The Longevity Of Leadership