Don’t Pretend, It Doesn’t Change Anything 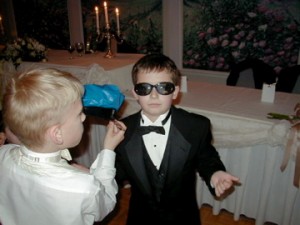 There are times when I meet people who I absolutely know are incredibly miserable, yet choose to live the life they lead because of perception and what is expected of them by others. There is probably a hint of this influence in many folks, but there is a subset of people who live in agony, portraying the image of who they think they should be. Life is way too short to pretend. More importantly, pretending doesn’t change anything of substance in your life.

When I was a kid, I lived in East Boston. Around the corner from my house was my Grandmother Viola’s house. I say house, but they were three decker tenements with an apartment on each floor. My grandmother lived on the third floor, and her brother Mario lived on the first floor. My Great Uncle Mario looked like Dean Martin. He was so well dressed all the time, looking sharp as can be. He had crazy swagger and I don’t know of anyone who didn’t like him; he was a very likeable fella. Mario loved having fun and enjoyed living life to the fullest.

Uncle Mario wasn’t a rich guy, in fact, I can’t say for sure if he ever had a real job. I’m sure he must have done something, but work and career wasn’t something that I would say he was noted for. I remember one time I saw him walking across the street and I overheard two guys on the corner talking about him say, “He doesn’t have a pot to piss in.” These two guys had just been chatting with him all pal-like, and there they were bad-mouthing him. I remember being upset about this, so much so that I walked up to my grandmother’s apartment to tell her what they said.

My grandmother knew something was wrong because I was visibly upset. I told her the story, and we walked to the front window and peeled back the curtains to see who the guys were. She gave a little chuckle and said, “Those two jamokes are the most miserable guys around. They like pointing fingers to distract others from their own shortcomings.” She then proceeded to explain that although Mario didn’t have much in possessions, he was the happiest guy she knew because he didn’t care about what others thought of him and just lived his life the way he wanted to. She said to me, “Louis, Uncle Mario’s way of living may not be for others, but it suits him just fine. Make sure you always live your life and don’t pretend to lead the life you think others would approve of. If you do that, you will always be happy.”

So many people are caught up in the size of the house they think they should have, the title that is on their business card, and the number of toys they possess. If you are doing all of this for you and only you, bravo! However, if you are building the McMansion and living for the perception of you, I believe you are missing the point. Live life for you. My Uncle Mario had more swagger than any millionaire at the time. He had that air of confidence because he was happy with himself. He dressed impeccably, not for others, but for himself. He never others’ perceptions him affect the very essence of who he truly was; because of this, he was a very happy man.

Work hard, strive to achieve all that you can, but do so for you, and not because you want to keep up with the Joneses. Be brutally honest with yourself and know what makes you happy. Then aim for that, not the coveted prizes that shine for others.

It’s Time to RSVP to Life