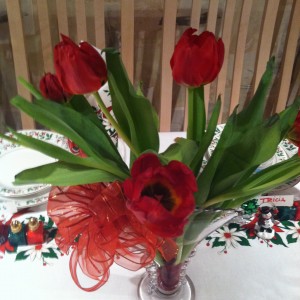 I realize that the following statement will put a bunch of people out and get certain types up in arms, but stick with me on this notion: “Nice” is overrated, and to me, quite often equals mediocre. Think about it, “Thanks Charlie, I had a nice time tonight.” Coming from his date, this is not a glowing endorsement of the evening. No, Charlie wants to hear, “I had a spectacular time tonight! When are we going out again?”

Nice is just ok. Nice is not what you should be striving for in any of your efforts. In addition, just because a person is nice doesn’t mean she is effective in her job or the task at hand. I was at a kids’ game where everyone plays because it’s a nice thing to do; one child was skipping with the ball and tossing it with no purpose, I turned to one of the parents next to me and said, “She should probably try another sport.” The reply was, “Oh, but she is such a nice kid.” I am sure she is a terrific kid, but that still doesn’t explain why she would be playing that competitive sport.

Being nice is fine; it’s decent, but it doesn’t excuse you from getting it done. Let’s forget about the kids’ sports example above for a moment and go with the notion that it’s nice to let every kid play sports, regardless of their ability. I can almost live with the intended nurturing of that concept. Let’s instead, focus on adults and business, and how “nice” is a problem in corporate America as well as in small business. We have to put an end to the madness. Just because a person is nice, doesn’t make up for his deficiencies in performing the job he is charged to accomplish. There is too much mediocrity in the workplace, and people accept it because the mediocre are nice. It’s ridiculous, and it is stifling success in many ways.

“She’s too nice, I could never fire her.” “I would like to get more productivity out of him, but I guess he does a nice job.” “It would be nice if we could meet our goals.” There are serious issues with those three statements for multiple reasons, and they should never be embraced if you want success. “Nice” is the doorway to mediocrity and even failure. “Nice” can cripple an organization and prevent it from reaching the pinnacle. “Nice” is just, well, nice.

Don’t get me wrong. I am not suggesting that you should treat others poorly. I am not at all saying that the only way to be successful is to be a jerk. I am just stating that in many business situations, “nice” is simply not good enough. We all should strive for better than a “nice job”. We need to break away from accepting mediocrity as the norm. We should consistently strive for more and not settle for less than spectacular. We may all be in this together, but that doesn’t relieve you from accomplishing your responsibilities at the highest levels. “Nice” doesn’t have to equal mediocre; you can be highly effective and nice at the same time.

My mother is a great example of this balance. She is the sweetest lady around; she’s caring and would do anything to help anyone. But when it’s time to get the job done, she is no-nonsense and her performance is at the highest level. Caring is the key word in that sentence that describes her. If you truly care, you can be nice and effective. So don’t settle for, “Have a nice day,” just because it’s better than, “Have a crappy day.” Every day, strive for spectacular; it’s the only way you are going to get there.

You want my advice? You have to work for it!