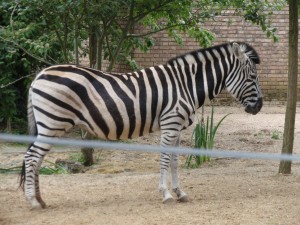 NFL players and coaches are unhappy, to say the least, with the replacement referees that are officiating games during the NFL referee lockout. They are visibly unhappy and are showing their displeasure both on the field and on the sidelines. Coaches are throwing tantrums, players are stomping their feet, and there is a lot of complaining in interviews and via social media. Although there have clearly been blown calls, the real deplorable aspect of this lockout has actually been the behavior of a number of the players and coaches.

Too many coaches and players are acting like little spoiled boys not getting their way, causing scenes, and stalling play at every opportunity. Is their objective to help the regular referees in their efforts? Nope. The reason for the behavior is that they are looking for an edge to win the game. They believe bullying the replacement refs will help their cause; they realize that one call, one play, here or there can mean the difference in a game. The players and coaches are taking advantage of the situation. The replacement refs are not losing control of the games; the players and coaches are taking control of the games for their own purpose.

Players appear to be hitting harder and taking chances with hits and tackles they normally would have shied away from in past years. Coaches are using the inexperience of the replacement refs as an opportunity to “coach” them or yell, scream and tug at them like they do with their players to get their attention.

The reality is, week after week, the regular NFL refs have also made some hideous calls. They have made insane blunders that have caused fans, players and coaches to go nuts on them as well. The difference in the current scenario is that the aforementioned are trying to control the situation with the replacement refs for their own purpose: to win the game. If the players and coaches really wanted to support the regular refs, they would walk out and not play the games until the lockout is resolved. I’m not a lawyer, but I am sure there are plenty of legal experts who could make a defensible case for that action: one being that the lack of control is endangering everyone on the field. Would the players ever collectively stop playing the games to support the regular refs? Would coaches put down their clipboards until the lockout is resolved? Ha, no chance. They are not going to make any major sacrifice for the regular refs.

Don’t get me wrong; I am not supporting the NFL or replacement refs. However, there is no doubt that the NFL and owners have the power and leverage and will not change their course without a solid business reason. No games would be that reason. Short of that, the NFL will happily wait for the referee’s union to cave. So if the players and coaches are not going to take a stand, then they should shut up and play football. Stop complaining, stop bitching, and do what they are supposed to do: win games.

I believe Coach Dungy said it best during his NBC commentary, stating that players and coaches can only worry about what they can control; they have to stop worrying about the officiating, and focus on their jobs and playing football. I couldn’t agree more. If you’re not willing to stand up and walk out until the lockout is resolved, then just play good, clean football and stop throwing tantrums and bullying the replacement refs. Whipping the zebras will not solve anything; it just makes you look like a jackass.

So You Want A Career In Sports?