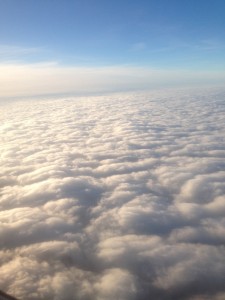 There’s a great scene in the movie A Few Good Men, where Tom Cruise and Jack Nicholson are going back and forth in a courtroom. In this scene, Cruise is cross-examining Nicholson in a Naval proceeding. It’s a legendary volley that culminates with Nicholson, through clenched teeth, blurting out, “You can’t handle the truth!” Powerful acting, and perhaps an even more powerful reality. This fictional scene actually makes a very true to life point: can we handle the truth?

The truth doesn’t appear to be part of the human condition. I am not sure if that is a flaw or a blessing, because I question if we are even capable of handling the full, 100%, no additives truth. You can object and hem and haw all you like, but the reality is that most people aren’t completely truthful. Sure, people believe they are because they are spouting off their version of the truth, but they are quite certainly leaving out details that may paint a slightly distorted picture; the little omitted facts cast a more optimal light on the “truth” teller.

So does this mean everyone lies? Yup. The concept of truth is an unobtainable notion. There are some who brush close to it, and are often called blunt, rude or obnoxious. When you lay the full truth on the line, it can be quite ugly. As a society full of pleasantries and people hiding behind their secrets, it is a rare bird who wants the whole truth and nothing but the truth. They say they do, they pretend they are truthful, but let’s be straight – they are lying. The pretending and covering up is a defense mechanism to show the world a better version of who they truly are. It’s a societal masquerade that is perceived to make people feel better about themselves and others. It is just a mask.

I am not telling you anything that you do not already know. I am just pointing it out because you probably have buried this truth down deep, so you can go along your merry way and bask in the pleasantries. I am not unearthing this to make you unhappy because I don’t believe that ignorance is bliss. It’s ok to be understanding of the reality that people are not 100% truthful, but that should not equate to ignorance of the fact.  Umm, and those of you pretending you do not lie, withholding information is being untruthful; telling someone that another has a fat butt, a crooked nose or other character flaws and not telling the person you are describing, may be sparing them, but is still mean and disingenuous. If you can’t state something directly to the person you are describing, perhaps you should just keep it to yourself.

Does this mean we should not trust anyone and live in the existence of conspiracy theories? Maybe, but I am not writing this to bring you down or make you paranoid. If you know me even a little, you know I believe everyone should aim for happiness. One fact I know to be true: most feel better about themselves when they tell the truth. When the lies come oozing out, there is always at least a hint of discomfort.

I am writing this as a reminder. A reminder to help you, me and everyone around us eliminate any aspect that can lead to unhappiness. You can only control yourself, so now that this thought is punctuated, hopefully we can all be aware of what can be done to minimize the distortion and convey reality rather than a version of it. We are all addicted at one level or another, so all you can do is take it one day at a time; pay attention to your descriptions, story relaying and details, and perhaps you can be one of the few folks happier to be closer to the truth. Because I think you can handle the truth. At the very least, we all need to be honest with ourselves.

How to Say “No” (Graciously and Effectively)