Always Been Done This Way? I Don’t Think So… 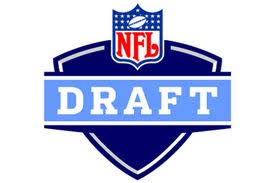 The first three months after starting my career in the NFL with the New England Patriots were pretty bumpy. Most of the folks at the team had been there for quite some time, even prior to when the Krafts bought the team. To say that folks operated in the “it’s always been done this way” manner would be a gross understatement. I had zero experience in the NFL, but it was clear to me that the way things were being done was extremely inefficient and many great opportunities were being missed. So, let’s just say I wasn’t making friends quickly at my new job.

It became quite frustrating because the organizational structure was much more linear than I was accustomed to at the radio station. Even though it was an NFL team, it was a family business (which, by the way, most teams are – billion dollar family businesses, but family businesses just the same). At the time, Dan Kraft was my primary Kraft family contact. He discovered me and brought me into the Organization. Dan was great on two fronts: he was an unbelievable sounding board who was supportive and encouraging, but at the same time, he was not going to fix my concerns or problems. Initially, I didn’t understand his actions, but I soon learned that it was brilliant on his part, because it forced me to think differently and create my own solutions.

I played tug of war with many of the other departments and even with people within my own group. Folks were just complacent; happy to be there and really uninterested in change or growth. But I didn’t accept the job just to sit back and take a paycheck; I wanted to make a difference and do great things for Ownership. Being new to the organization was a hurdle, but pointing out that I had not worked for a team in the past was the “go to” response every time I tried something new. “Lou, we can’t do a draft party; no one is interested in that. If you had worked for a team before, you would know that,” was one of my favorite answers.  But, that was the very event that launched my career with the team.

There was an old harness racetrack on the stadium grounds that the Krafts had just acquired. One day, I walked through the area and realized that the space was perfect for a video or TV event. There were hundreds of TV’s wired all around the track (because of the nature of racing), and telecasting the draft made perfect sense to me. The real beginning of the season was the NFL draft, not training camp, as everyone at the team viewed it. The Krafts had hired me to run marketing, but what they really wanted was for me to create events that drove traffic and generated revenue. So, this is right where they wanted me to be. I drew up a plan describing the event, the strategy, the upside, the downside, how to promote it, sponsorship opportunities, selling tickets to the event – I gave them a full throttle event plan.

Well, let’s just say that the thought of this event didn’t sit well with the long time employees; the naysayers were aplenty. But the only thing that mattered was that the Krafts thought it was a viable idea, and gave me the “go ahead” to prove what I was made of. There were many folks at the stadium who hoped the event would fail, so I received limited cooperation. But I was focused, and I had a small group of loyal people who jumped on board with me, as well as some killer interns. We were rolling up our sleeves, moving tables, driving forklifts and doing anything and everything to make this event successful, regardless of the support (or lack thereof) from other departments.

The event ended up being a huge success. The building was completely jammed with fans spending money and just having a fun time being around the stadium and their team. I wasn’t sure if other teams did this type of event (although many do now) because I was just focused on pulling this one off. In hindsight, it might have been smart of me to check out the other teams around the league. But, I was determined to be a trendsetter, and quite frankly didn’t care what other teams were doing. That attitude was due to my inexperience, but it also fueled me, so no regrets.

After the event, I was driving home from the stadium, exhausted but satisfied, and decided to check my messages. There were quite a few, but the one that stood out was from Dan Kraft. I could hear the satisfaction in his voice as he stated, “This is exactly what we hired you for – that was a great event; nice job.” After that there really was no looking back. The naysayers were afraid to challenge me, and slowly, many of them either migrated my way or left the organization (most not by choice). The events and programs we created allowed for great revenue generating mechanisms that were spectacular opportunities to engage and interact with our fans.

The key to all of this is that I believed in my ability, thought differently, and did not succumb to the mentality of “this is how it has always been done.” Also, I can’t fail to mention that the Krafts’ leadership style allowed me to flourish. So, when people tell you “it can’t be done,” or “it’s always been done this way,” don’t subscribe to their myopic views. If someone does say this to you, then it’s probably a great indication that it’s time for a change.

Always been done this way? I don’t think so….