Be You, Even If You Are Sitting Alone 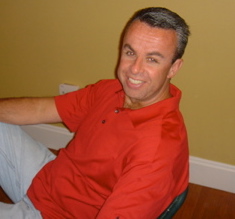 If you think about it, there are similarities in all aspects of your life, whether it be work, family, friends or social occasions. All of the events in your life come down to relationships and engagement with others. Unless, of course, you steal away for some personal time, but even then you have a relationship with yourself. It’s always more comfortable when the relationships are solid and the communication is easy and flowing. There’s nothing worse than those awkward interactions that are forced and contrite.

I believe the basic problem with any uncomfortable relationship is that people try too hard to be something they are not, to try to connect with others. Many overreach to please, causing those unnatural moments of engagement. I have previously written that in order to build great relationships, you must understand the person you are dealing with and give them what they want, not what you want. Although this is a significant building block in Relationship Architecture, it doesn’t mean you have to change your beliefs or pretend with the other person.

So, how do you interact with others, giving them what they want, yet not alter who you are? How can you deliver to a relationship, and not be a phony when there are gaps between what you are about and what the other person is interested in? One simple word is the solution, but before I give it up to you, let me tell you about a buddy of mine, Snax.

Snax, of course, is a nickname anointed to my bud Steve years ago due to the volume and frequency of his eating habits. The name suits him perfectly, not only because of the eating aspect, but also because of the non-complexity of what a snack brings to the table. A snack is an honest answer to what you need. Steve embodies that notion as well.

What make Steve so special is his complete honesty and his effortless ability not to pretend. If he doesn’t like something, he never pretends that he does to garner attention or acceptance. In a similar way, if he stands alone on an issue, he doesn’t waiver due to group sentiment. He knows who he is, what he likes, and makes no pretense about it. The amazing part about his demeanor is that he makes his position known without diminishing the opinions of others. If you love hot dogs and he dislikes them, he will never make you feel less for eating a hot dog, he just won’t have one. He has an uncanny ability to do and say what he wants, without making others feel that their way is wrong.

In any relationship, an honest approach is always the best route. I know many of you reading this probably feel that’s what you do, but you need to be honest with yourself. Have you pretended for the sake of being accepted? Even if it was a little white lie? Have you gone along with something because you felt that everyone else was going in that direction, and it would be easier to go along? The first step in being honest, I mean truly honest, with others is to be honest with yourself. You can build relationships on common respect even if there are no common interests. It’s ok to have different likes and dislikes as long as you do not judge the preferences of others. It’s really not as difficult as people make it.

Follow the trail of Snax, and be who you are always, even when you are alone at the table.