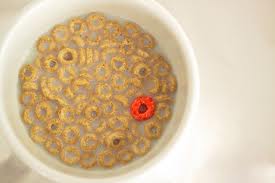 My daughter and I were chatting on the deck, having a little breakfast, and I said something to her that triggered a thought about opportunity and seizing the moment. I told her I was going to post this thought on Twitter, Facebook and Google+. The post went like this: “Everyone has opportunities presented to them, the question is: are they paying attention when the window opens? Keep looking, never quit.” My daughter then asked me, “Why did you tweet that?” I explained that I felt that there are lots of folks who do not receive the daily encouragement or direction they need, and I like to help motivate people based on what I have learned over the years. If it connects with just one person and gives them that little extra to get up and go, then I feel like I have made a positive impact.

She said to me, “That’s pretty cool. Can I go on Twitter and inspire people?” I told her absolutely, but at age 13, I think she is still too young to be on social media. Patricia and I decided the kids would not be allowed to get a Facebook account until high school. We actually feel that’s a bit young too, but we will have rules for that when the time comes, just as in everything else concerning the kids. My daughter then inquired, “Ok, but I want to motivate people too; can you Tweet something for me?” I said, “Of course. What is it?” She replied, “In a world of Cheerios, be a Fruit Loop.”

I tweeted her thought and posted it on Facebook. I felt a great sense of pride from that quirky little bit of cereal wisdom from my 13-year-old daughter. Not because she gave me this clever little saying, in fact she may have heard it from another source. What made me feel great about what she said was that she showed me she understood a principal that I talk about all the time. She continued, “I’m not talking about actually being a Fruit Loop Dad, you get that, right? I’m talking about being who you really are and not being afraid to show others.” I lecture to students and I speak to corporations about having people “think of you first” and “separating yourself from the rest of the schmucks”, and here is my 13-year-old daughter schooling me on my own belief. It was an awesome moment.

The reality is you can’t expect to excel if you are doing everything exactly like everyone else. It is a highly competitive world out there, and you need to find your zone and what makes you exceptional. What is it that you can do for society, your company or organization that makes you valuable? Why should people think of you or your brand first?

I teach at BC. About 30,000 kids apply to Boston College every year for about 2800 spots. 10,000+ are probably “BC material” and would do well; the problem is how are the admissions folks able to sort through all the “sameness” in the applications? I have met with a bunch of high school seniors and their parents to give advice; the first thing I say to them is, “What have you done thus far to separate yourself from the pack. How do you add value?” No matter who you are or what you do, you have to position yourself in a way that shows others that you provide value beyond the other candidates. That is the only sure way to be accepted, hired or promoted. So take my daughter’s point to heart, especially if you feel like you’re not gaining any ground. Stop running with the pack of plain Cheerios and find that inner Fruit Loop to bring color to your story and separate yourself from your competition.

Honor Is About You, No One Else