Leaders Are Cut From Different Cloths, But All Have Common Threads 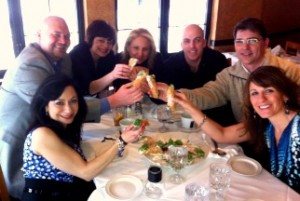 Leadership comes in many forms and from different types of people. As I re-read that line, I realize I’m not saying anything new; at the same time, I do not know if everyone views it that way. I feel like there is a “type” of person that is thought of when a leader comes to mind. Adjectives like visionary, take-charge, and inspirational are just a few that come to mind to describe the traditional view of what a leader should be. And while those adjectives are definitely a part of what a leader could be, I think they conjure up the image of the General Patton types of leaders.

Although that type of leader can certainly be effective, I do not believe it’s the only form of leadership. There are others who may have certain characteristics, which lead us to believe they are a natural when it comes to leadership. Charisma is a great example of a leadership attribute, but that, in and of itself, does not make a leader. Leaders are cut from different cloths, but all have common threads. It’s less about the characteristics and traits and more about the intentions that make a person a leader. The fact of the matter is that we all have leadership ability in us, and leadership can come from the most unexpected places.

My best example of this is my grandmother Sarah. She was a quiet, hard-working person that one wouldn’t characterize as a leader at first glance. Her manner was so unassuming that it was easy to understand why people who didn’t know her would  think she didn’t have the characteristics necessary to get you to where you needed to go. That would be an inaccurate assessment. Although my grandmother didn’t possess the gene to give a Knute Rockne motivational speech to a team to inspire them on to victory, she was very motivational on a one-on-one approach. My grandmother would listen and understand a situation, and very precisely time her comments to provide major impact and the proper direction. She was a leader cut from a different cloth.

I was reminded that #LeadershipChat on Twitter has reached its one year anniversary this week. This chat was quite appropriately started by two very different individuals who may not be initially viewed as fitting the leadership mold, but who are very much leaders with purpose. Steve Woodruff and Lisa Petrilli possess very different characteristics, but their intentions are very much in line. Their mission is helping others get to their own destination. I stumbled upon #LeadershipChat through Lisa, have enjoyed participating and learning,  and I have definitely learned more than I expected.

A year ago, I would have fallen into the camp that the General Patton and Knute Rockne types were what leaders were made of, and assumed that if you didn’t have their characteristics then you could not be a leader. I was wrong; even though I knew my grandmother was an inspiration, I didn’t necessarily view her as a leader, until I met Lisa, who, if you haven’t met her, is one of those quiet, unassuming, listener types of leaders. Lisa’s a very lovely lady who, like my grandmother, doesn’t rely on loud speeches because her one-on-one motivation is just as powerful to set you on your course and to lead you in the right direction.

Great job Steve and Lisa, and Happy Anniversary. You have allowed many to witness the different forms and styles of leadership and you have taught me to view things differently and I am better for it. Thank you and here’s to many more years of #LeadershipChat.

How Hard Can It Be?

Teamwork Begins With You Knowing Your Role

Having More Is Not Necessarily Better