Never Hesitate, Even Under The Toughest Circumstances 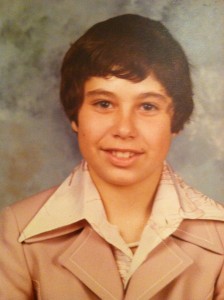 With a little push from my parents, I ended up leaving the comfort of my hometown and went to Boston College High School.  It was not easy leaving the familiarity of the neighborhood, but I feel leaving your comfort zone opens you up to great experiences that help a person form a larger variety and range of relationships.

To get to BC High, I had to use public transportation. I took the MBTA (train) from East Boston to Dorchester.  First, I took the blue line (subway) to the green line to the red line. Finally, I’d walk from the station, over the highway overpass, and by the bank on this long (and often cold and windy) trek to school.  But, it was well worth it, because I learned a whole lot more than just what was written on the blackboard. I learned about relationships.

I’ll tell you a funny story. I’m from an Italian neighborhood, and went to Catholic schools all my life. First, I attended East Boston Central Catholic, then BC High, and finally Boston College.  When I was going to East Boston Central Catholic, everybody in my neighborhood dressed “to the 9’s” for the first day of school – suits and ties – the whole gig. It was really old school. Once I got into BC High, my mother immediately started saving money so she could “do it up big” for my first day in high school. We didn’t have much money, so she really did a great job saving enough to buy me a brand new suit. She chose a brown Pierre Cardin 3-piece suit. I was a little dude styling at 13 years old.

So, it’s my first day of high school and my parents are all excited. The whole family piles into the car and drives me to BC High. By the way, it was the only day they ever drove me to school during the entire four years I attended. We arrive at the campus, and my dad pulls over to drop me off. As I’m getting out of the car, I look over at my mother and father to say good-bye, and instantly notice the expression of horror on their faces. I see the look of, “Oh my God, what have we done?”  I’m thinking, “how cool it is that they are so concerned about their only son, leaving his hometown and taking the road less traveled?” I’m feeling good and pretty cool with the whole concept…and besides, I’m styling in my new three-piece, Pierre Cardin suit.

I turn around, and realize the true reason for that look on their faces. The suit is tragic; every other kid at the school is wearing hospital pants and polo shirts. Very casual.  BC High had no dress code. My mom calls me back, takes off my jacket and begins taking off my tie. Now, it was the ‘70s, so when my mother rips off the tie, my collar goes, “boing” and springs wide open. It’s a big John Travolta-style collar. So now, we’ve gone from bad to worse, because I went from wearing a three-piece suit to just a vest and a big old collar. They actually thought they were doing me a favor.

I walk into the main building where the teachers direct us into an auditorium. The entire freshman class is wearing casual clothes. And then there is me, in my suit clothes. We’re all sitting at attention, and the principal, a Jesuit, says, “Look to the left and look to the right of you – one of the boys sitting next to you will not be here by the end of your senior year.” Those Jesuits like to put a little fear into you – like I needed any more, as I already stood out like a sore thumb, and was preparing for the inevitable ridicule.

We proceed to our home rooms, go through introductions, and I’m already getting chummy with the guys in my class.

I get home and my mom and dad ask, “How was the first day?”

I said, “Those guys are unbelievable!” They then asked if anyone had said anything about the suit. I said, “Not one guy mentioned the suit. It’s a pretty awesome place!” My parents were relieved.

Well, for the next three months, the entire school called me, “Pierre” – Pierre Cardin, after the guy who made the suit.

You’d think that would have been an awful experience, but the fact that everyone knew me right off the bat helped break the ice and eased the conversations. The reality was that most of the guys were just as scared as I was; the levity and humor of the situation put the guys at ease, so many migrated to me for early conversation.

Some of my strongest relationships were forged in those early days at BC High. I guess if you can make it through an embarrassing experience like that at the age of 13, not much else should faze you the rest of the way. The outcome gave me the confidence to never hesitate in forging a new relationship, even under the toughest of circumstances.

Never Let Anyone Change What You Believe

The Right Pieces to the Puzzle