Practice Makes You a Winner 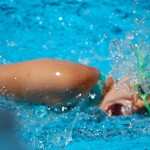 When I was ten years old, I was on a swim team with my pals at the lake where I now live. I rode down dirt roads to the other side of the lake on my pedal bike and we hung out together all day – swimming, riding bikes, playing hoops. Later in the afternoon was swim team practice and we were constantly being mischievous and disrupting practice. We would be goofing off, doing flip turns halfway through a lap, hiding under the turn-boards, etc. We were the typical “boys being boys” on a summer day.

We were decent swimmers, and as a group we did well, but there were a few who were serious about swimming and would not participate in the tomfoolery and definitely would not skimp on their workout. Their focused effort absolutely showed when we had meets. They were the real deal and typically timed out first or second. Those of us who didn’t put in a real effort, myself included, thought we were smarter than the rest. The fact is, we were misguided in our thinking, and the only people we were cheating were ourselves. Sure, we justified our actions with jokes and pointing to the fact that we were having more fun, but the reality of it was that we were missing the point.

As a 10-year-old, the impact on the quality of your life is not significantly impacted by such actions; however, there could be serious implications if you adopt those slacker ways for the entirety of your life. I look back at those times with fond memories, but I also beat myself up a bit for not giving it my all. I won a bunch of ribbons: some 1st, 2nd and 3rd, but the ribbons can’t disguise the fact that I didn’t give it my all. Back then, the only one I was fooling was myself.

If you know me even a little, you realize that I am now just the opposite. If I decide to take something on, I throw 200% of myself into the project or task. Quite often, I take it to the point where it is very noticeable, to even the casual witness, that I have gone all-out. I can’t tell you how much more satisfying this approach is to me. Man, I was missing the boat when I was a kid, because swim team practice was only one example of not maximizing my efforts. So, what was it that flipped the switch for me? What caused me to see more satisfaction in giving it my all?

My grandmother often came up to the lake house and stayed with us when my mother was working back in Boston. When I was age 15, one day I came home from a meet with a third place ribbon. She said to me, “Third place…that’s very good,” to which I replied, “Imagine if I practiced,” obviously quite proud of myself. She gave me a look of displeasure and said, “You think you’re outsmarting everyone else, but the reality is that you are only fooling yourself.” She continued hitting the point hard, “You shouldn’t be proud of yourself; you should be ashamed. So many kids give their all and can’t win any ribbons. Your attitude makes a mockery of the dedication and efforts of everyone who tries hard.” I interjected, “Grandma, you can’t blame me for being better than others.” She then leveled me, “You are not a winner with that attitude. Those who try their hardest are the winners; those like you are losing out in the long run. If you give your all in practice, you will be a winner before you even race.”

I would like to say that her words made an immediate impact, but they didn’t. I walked off, the cocky teenager, thinking I was smarter than she. Of course, I was wrong, and over time, her words echoed in my head whenever I set out to try something new. Progressively, I put more of myself into it, until one day, I knew I was no longer just flying by the seat of my pants, but was actually practicing to win. I was trying hard because I knew my grandmother would want it that way and, more importantly, because I knew she was right. The acts of practicing hard and working hard made me a winner, regardless of the results. It should come as no surprise that because of the “real effort”, the outcome was always better.

I no longer swim competitively, and haven’t in quite a while, but I practice life all the time. I think through all of the scenarios, prepare as much as possible, and always give 200%. This approach propels me to go out and do things that I, and many others, never thought were possible. It propels me because I know that my grandmother always knew it to be so – if I gave it my all.

Don’t Give The Status Quo The Satisfaction

There Are Many Routes To A Solution, Choose Wisely