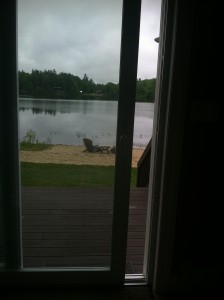 When I produced television shows back in the 90′s, I didn’t actually work for the TV stations that aired our shows. I was a minority partner in a TV production company while I worked full-time in radio. We produced multiple shows, and then negotiated deals with different stations to air select programs. We typically dealt with the station’s GM, and once the contract was signed, we worked with the station’s production folks to execute the delivery of the show. No matter what station we worked with, there always seemed to be tension between the station and our group. We were just outsiders, and it appeared that was just where the crews wanted us.

There appeared to be resentment on the part of the person in charge of production, which also carried over to his or her staff. Getting things done was always more difficult than it had to be. When we were producing the show, there was always crap that we had to go through to get things accomplished. No matter how hard I tried, how much I worked to make their lives easier, no matter what I said or did, we were an intrusion in their space. Then, as luck would have it, John McGuire, my GM at the radio station and one of my mentors in business, told me a story that struck a chord and directly related to my situation. It wasn’t a story that he created; it was one that he had read in a book. (I apologize to the original author because I have no idea who it is, so I can’t give credit where it’s due – but just know it’s neither John’s nor my story).

John told me this story: There was a man sitting on a porch in a rocking chair enjoying a breezy summer day. As he was gazing off into the distance, he noticed this little fly trying to exit the porch. The porch had a sliding glass door, and the fly was banging against the glass repeatedly; bang, bang, bang – trying to fly out of the porch. Obviously, the little fly saw the lake and the trees through the glass, but no matter how hard he tried, he could not escape. The man thought to himself that he had never seen anything with that much determination. That little fly was working harder than anyone the man knew, just to get out of the house. The ironic part of the story was that the sliding glass door was slightly open, and if that fly just moved an inch to the left, he would have soared to freedom.

Even though I had to change the way I operated, I didn’t have to change who I was; so the next week, I walked into the TV station with some trays of Italian cold cuts and all the fixings. I was definitely greeted with a more positive response. That was just the beginning. I learned aspects of the individuals, was engaging and thoughtful toward their personal situations, and instead of being this outside producer who was all business, I opened up and invested in the group. Lo and behold, things began to run extremely smooth and in a way that made for an enjoyable coexistence. I was no longer the outside guy.

John Maguire, and the story about the little fly made me realize that you have to be willing to remake the way you operate and be open to new methods to achieve your goals. There are many ways to reach your destination, you just need to select the most efficient and enjoyable one. All aspects of life, whether personal or business, are fluid; you can’t be afraid or resistant to adjust to the circumstances and evolve with the times. Always think differently and open up to new ideas. And keep in mind my little story; you don’t have to be on the outside, even if you are the outside guy.

Focus on Building, Not Selling

The Relationship Between Food and Business