Super Trips to the Super Bowl 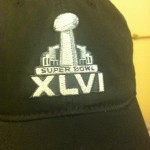 Below is an excerpt from Winning the Customer describing Patriots Team Trips. During the two weeks prior to the Super Bowl the organization would “supersize” these trips and charge $15,000+ per couple. I was told that at Super Bowl XLVI the Patriots charged $20,000. Check out the transformation within the excerpt, and at the end of this post I will talk about some other bells and whistles we included during our Super Bowl Trips to New Orleans, Houston and Jacksonville.

One incredible revenue-generating extension that exploded at the Patriots was the opportunity for select consumers to participate in official team trips. As we talk about team trips, pay careful attention to all the ways we maximized revenue by enhancing business practices that we already had in place and think about how they parallel practices within your own company.

In the course of doing business, the team traveled to away games in other cities eight times in the regular season (more if you include the preseason and the playoffs). The team traveled as such a large group that we had to charter a plane for each trip in addition to arranging ground transportation, hotel accommodations, and meals. Before we built the new stadium, we would take a handful of sponsors on the team plane; when the team was moving 175 people already, adding 10 or so marketing guests did not add a major expense and wasn’t heavy lifting. It was a nice little perk for our select sponsors, but it wasn’t really utilized to the fullest.

When I went on my first trip, I was blown away at its pure power: it mesmerized our guests, and yet, quite honestly, there wasn’t much to it. Guests went on the plane, we had dinner with them, they got on the field prior to the game, they saw the game, and we flew them home. To be fair, for most fans, that alone would be a dream come true. But after going on a few trips, I saw so much more potential and power in team travel: once you are moving that number of people, the cost and effort to add additional people is minimal.

Remember: you don’t need to reinvent the wheel when you can expand on what you already have in place. Let’s examine the reimagined Patriots Team Trip, and you can see for yourself how a little plane flight, dinner, and a game evolved into an incredible experience for our guests.

Soon after building the new stadium, we upgraded to a larger plane that allowed us 50 seats on every flight for marketing purposes. We jumped at the chance to maximize revenue on those seats and started looking beyond the sponsors who had trips in their contracts. We began inviting sponsorship prospects and, most important, Club Seats Tier members, who paid $10,000 a trip to join the fun. Once we had this captivated audience, we needed to utilize this experience to deliver the three key aspects of revenue-generating extensions while also utilizing it to build unbreakable business relationships.

The day before the game, we would meet Team Trip travelers at the stadium, where they were greeted with a welcome reception that included coffee and breakfast. Once everyone had arrived and it was time to get on our way, we would go through a private security screening at the stadium (this is even after the new FAA regulations resulting from 9/11) and boarded a bus that we had reserved exclusively for our guests, in addition to the four buses for coaches, players, football staff, and administration. The buses, led to the airport by a police escort, would all drive directly onto the tarmac; there, we would unload and climb the stairs to the plane. Coaches and executives were in first class, marketing guests were in business class, and the players were in coach. (I know what you’re thinking: “Huge offensive linemen in coach? No way.” Believe it. They sat with an empty seat between them, but they were in coach just the same.)

Aloft at 36,000 thousand feet, a Patriots Team Trip was unlike any normal flight experience. First, the team nutritionist traveled with us—after all, we were feeding players the day before a big game. The food was over the top, and it kept coming and coming. We started off with nuts, trail mix, and snacks; got into some warm chicken fingers or fruit; and then had steak or pasta. Later there were more snacks, candy, and Häagen-Dazs bars; it was more food then even a football player could eat—and every guest ate like a player. Inevitably the guests mentioned the amount of food and the size of the players.

After landing, we would board a new set of buses that was waiting for us on the tarmac. A police escort took us to the hotel, where room keys waited in the lobby for everyone; of course, we’d already checked our guests into the hotel. They grabbed their keys and proceeded to a conference room, where Coach Belichick would give a little talk, answer some questions, and have a photo op with our guests.

When traveling to the Super Bowl the guests wouldn’t travel with the team, however we chartered five planes and loaded in our guests, players’ families, staff and paying customers. The trip would depart from Boston on the Thursday prior to the Super Bowl and that night we would have a welcome party that the players attended. Our traveling party, around 1500 people, would enjoy great food and music kicking off their Super experience. All guests would get swag bags full of great Patriots merchandise delivered to their rooms. We would also corner the market in restaurant reservations to assist our guests in getting priority seating. Throughout the weekend our group was there to make sure our guests had a ball ~ sometimes helping out with directions to local attractions, other times getting them access to the swankiest parties. After the game we threw the Super Bowl of parties with over the top food, drink and entertainment. We had musical guests such as the Boston Pops to Kid Rock and Lionel Ritchie to the Black Eye Peas. Snoop Dogg and Jay Z even made appearances.

The trips were a ton of fun and a lot of work, but they also generated incremental revenue that many other teams do not realize on their quest for the Lombardi Trophy. The game is the cornerstone of the week, but it is only a piece of the festivities, most of the fun all happens before the game begins. I can’t imagine what it would be like if the team lost ~ I was fortunate to only be on the winning side of the game, winning on the field and in the bottom line as well as forging many unbreakable business relationships.

For more behind the scenes Patriots Business stories check out Winning the Customer from your local library or purchase it by clicking here. Also available in audio book at Audible.com.

An Interview With Lou Imbriano

Don’t Get Caught Up In The Smoke Screen

Not My Job – I’m Not Buying It