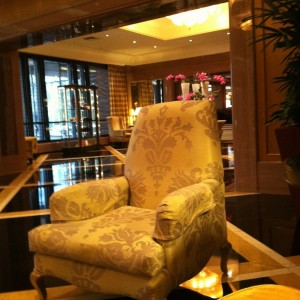 I would like to explore a notion that was introduced to me many years ago by someone whom most people would classify as successful and rich. He explained to me that customers have to be treated according to a class system, the same way that societies were set up over the course of history. The hierarchy would determine not only how many benefits they received, or their level of participation in the programs offered, but also how they were treated. The thought was that the more money a customer spent with you, the better you treated them. All of this made perfect sense to me; for the most part. He continued to lay out the concept to me stating that once each customer was set up into their specific class, you have to let them know which level they were on so they would aspire to climb into the next level.

The customer class system was his methodology of how to grow revenues. Much of what he said resonated with me. It made sense. In society, most are striving to get more and have their life become better through their efforts. Many, to this day, measure their success by how much better they are living than their parents and grandparents did. It’s a natural thought, considering parents and grandparents strive for their kids and grandkids to achieve a better station in life than they have had. So why wouldn’t it apply to consumers as well?

The logic was clearly present in this concept, and it obviously worked for him, but I always felt the approach was too humiliating. You see, his thought of letting them know what level they were on was to make them feel that they were unworthy of the next level and they had to do more, namely spend more, to achieve the better treatment. I realize there are folks who would debate the merits of positive and negative reinforcement, and there are success stories in both when training, well… animals. But when it came to customers who had a choice and free will of spending, I always felt the concept was icky.

So as I developed my philosophy on how to treat customers, I agreed that there should be a hierarchy of tangible benefits that customers received based on spending. However, I modified my approach with a slight nuance. My style was to make every person feel like he or she was the most important customer in the room, in consideration of what was specifically and individually most important to them. Make them feel like kings and queens so they never want to lose that feeling, therefore spending more, so that you will keep going out of your way for them. My way clearly had greater risk, because you give more upfront, so to speak. But with  risk comes greater reward, at least that is what I believed, and still subscribe to today.

The more that you treat people well and give them the better of the deal, the more they will want to continue doing business with you, and spend more money. The better people feel about both you and themselves, the more freely they shell out their hard earned money.  It’s a very different style than how it was laid out for me, but it kept the core principle of growing revenues in place.

I was with a pal, Jack Shields, who was a client of ours when I worked at the Patriots. He brought up this notion to me, because he noticed and witnessed how we treated him. He said to me, “Lou, when we first started doing business with you, it wasn’t even close to the neighborhood of what Pepsi or Gillette was spending, but you always made us feel like we were at their level.” He continued on, saying he found it amazing, and that it was a primary reason that they grew to almost five times the amount they originally spent with the team. It was a nice thing to hear, and I am happy to say that he wasn’t the only customer who acknowledged the effectiveness of our approach. There have been many others, even among the top echelon of spenders.

The key to the approach was making everyone feel special, regardless of the amount of money they spent. The fun part is that the special feeling is different for everyone, and it’s just a matter of identifying the special ingredient. At the Patriots, for some it was field passes, for others it was an invite to a special event, or a quick note to tell them what was going on with the team. The thought to supply what they cared about as a little extra perk is what made it special.

I didn’t realize the stylistic differences in approach until I began writing my blog and my first book, Winning the Customer, but I have come to appreciate the subtle differences in methods of customer acquisition of both. Whether you subscribe to my philosophy, or that of the successful man who gave me the original advice, I would strongly recommend writing down your experiences as a way to fine-tune your own methodology. Best wishes in winning your customer!

Winning the Customer On Sale Now