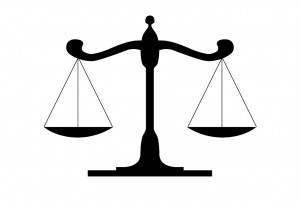 I was a kid in the 70’s, so it’s understandable that equality was a part of my upbringing. My family truly believed that it didn’t matter what gender or race or persuasion a person was; everyone should be treated with the same respect and in same way – equal.  So as I became older, my approach was to treat everyone the same. It didn’t matter how a person looked or what their customs were, everyone was equal in my eyes.

As I matured and interacted with a wider variety of people, an entirely different concept entered the picture. I found that people only wanted to be equal when it suited them; otherwise they actually wanted to be treated differently and special. While I was learning to be the best at relationship building, I continuously tweaked and adjusted my approach, and although I viewed everyone as equals, I tried to treat people as they wanted to be treated. I tested a hybrid approach, and created a customized way of communicating with different people.

But that didn’t work all the time either, because people wanted to be communicated to in one way on some occasions, but at other times wanted to be approached in an entirely different manner. It was mind-boggling to observe how randomly people behaved and processed interactions. Everything changed depending on the day and the person’s mood. The randomness was impossible to keep up with; as my career took an upswing and I migrated from general employee to executive, dealing with people took on a very different meaning. What was once an acceptable way to engage was no longer the right way to go. In fact, treating people “special” caused other ramifications.

As a leader responsible for the direct success of a group, I found that everything that I had learned and experienced in the past was virtually out the window. Motivating a staff of 30 or 40 was an intricate process, and treating people equally was definitely not the right direction, in and of itself. The opinions on how you treated others in the group now became more prevalent in the mix. So now, not only could you not treat people “equal”, treating folks “special” was a pitfall as well.

Wow, almost an impossible Catch-22. Being a leader who wanted to forge strong relationships was basically a no-win situation. Every interaction and decision caused a subjective belief on its purpose, regardless of the true intention. So what is the answer? How should we treat people? Is it equal? Is it special? Customized or one size fits all? Ok, it’s intricate, but it’s not so puzzling.

I don’t believe there is a right or wrong answer to this question. But there is a manner in which I decided was the best way to proceed. I came to the conclusion that you have to treat everyone fairly.  We are not always equal in what we do at times, nor are we special at other times. Our opinions change and our likes and dislikes evolve constantly. All you can do when engaging with folks is to be fair. That means treat them with respect, unless they are not respectful. It means treat them equally, until they act lesser or greater. It means treat them special if they are truly exceptional, and have tolerance when they are just mediocre. Everyone is an individual, and interaction cannot be the same with any two people.  Because their uniqueness alters the specifics, only one approach is truly possible – always be fair.

Winning the Customer On Sale Now

Honor Is About You, No One Else