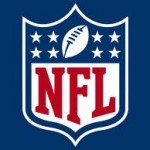 The Super Bowl is the Grand-Daddy of all sporting events in the U.S. It’s so huge that it achieves a 78 share of the U.S. TV market on a regular basis. The NFL and the networks form a power-house marketing machine that is unmatched in initiatives and revenue generation. This year, to the delight of many, the NFL established a Social Media Control Center to show how the league is ever-evolving to make sure it remains the juggernaut that has dominated sports for the past few decades. Let’s face facts: the NFL is the best-structured league in the world. Yes I said it, in the world.

With this being the case, why is it that the NFL dropped the ball on promoting and monetizing their social media initiatives during this year’s Super Bowl? Social media promotion for the league, in-game, was conspicuously absent. Where was the @NFL moniker on the field? Why were there no #NFL, #sb46 or #SuperBowl hashtags included in the broadcast during play? Why didn’t the NFL insist that while Roger Goodell was being interviewed, that his Twitter handle, @NFLCommish, be included in the graphic under his name? Why wasn’t there a co-branded sponsor hashtag, such as #NFLPepsi, to support a promotion or initiative and generate revenue? How could the NFL leave their hashtags or Twitter handles off press conference backdrops?

This is only the tip of the missed opportunity iceberg for the NFL in regard to social media. I did notice that the #SuperBowl hashtag was promoted on Twitter itself, so there were people thinking about the NFL’s social media strategy, but even that left me scratching my head. I would think that particular hashtag would trend regardless of being promoted or not. To top things off, the Social Media Command Center was the brainchild of the Host Committee in Indianapolis, and not the NFL. So, was the NFL’s focus in the right areas when it came to social media?

The NFL could retort that when it comes to the U.S. they own the largest viewership year after year, have the most lucrative TV deals, and generate revenue like they were printing money, and they would be correct. However, any organization with that type of success should be able to create an all-encompassing social media strategy to blow away the competition and maximize all the potential upside. Instead, the NFL squandered the opportunity in social media engagement, and has opened the door for other leagues to take the lead and be the real innovators for sports and social media.

The Three Characteristics of a Champion