The Only Victims Of The NFL Lockout Are The Fans 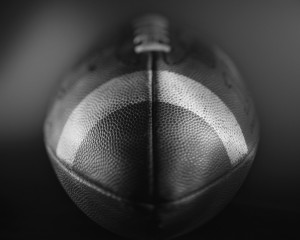 I realize that many folks in the media, and fans as well, tend to side with the players as opposed to the NFL, but that is purely because the players are viewed as the little guy in this situation. The fact of the matter is that the players are million dollar employees and should not be viewed as the little guy or the victim. You and I, as well as most of the employees of the world, do not have high-powered unions backing them while they are making millions of dollars. Most people are employees at will, without guaranteed money, and can be let go on the whim of their employer – it happens every day. And even though NFL players have contracts that can be terminated at a moment’s notice, they have guarantees through signing bonuses that regular employees could only dream to have.

Imagine getting a few million dollars upfront and your boss tells you, “Thank you, we don’t need your services any longer.” Most people would be doing a happy dance that they didn’t have to work and got to keep a few million bucks. Don’t get me wrong, I know we do not have to throw a dinner for the NFL owners; but, from a pure business perspective they are taking a much larger risk than any of the employees. Running a company, whether it is a small accounting business or the NFL, comes with risk. Operating costs are just one of the factors that they have to be concerned with. There are many more: economic climate, performance and products, and legal fees, just to name a few. Regardless of the flux, players get their due paychecks. With any business risk taken, regardless of the size of a company, ownership should reap the rewards and get the lion’s share of the upside; because clearly, the owners of a company certainly take the brunt of the downside.

I was pointed to an column written by Michael Silver from Yahoo Sports, entitled, How to run a business, Communist Party-style. It’s an interesting take; I understand the thought process behind it because it can’t be denied that there are similarities. There does happen to be some aspects of the way the NFL operates that definitely can be considered socialistic; but in reality, are there any profitable private companies that truly run as a democracy? It’s not an “apples to apples” situation when comparing a company to a government structure. The fact of the matter is that the NFL is the best-run league in the world. They have a great understanding of how to balance equal distribution and a club’s individual potential for revenue growth. In addition, they are constantly reviewing and adjusting according to the economic climate and how consumers and partners alter their spending habits.

What bothers me about throwing out the notion that the NFL is a communist structure is that it’s meant to shed a negative light on the league and fuel sympathy for the players. It is that kind of propaganda that the Soviet Union used to spout about the USA. The Soviet Union was a propaganda machine spinning flimsy, loosely-based facts to discredit the United States during the Cold War. The NFLPA was has been utilizing the media for just that kind of spin throughout the season and during the lockout. They have been playing the victim and pretending all they care about is the fans. Rubbish. All the NFLPA cares about is their agenda and getting the biggest piece of the pie they can. I am not faulting them for that goal, just for the propaganda they are feeding to the fans and the media.

Any attempt to portray the NFL as a communist set up is just a notion to sensationalize the current state of the NFL labor negotiations. The theoretical concept can be interesting material for an article or for discussion, but it does not serve as a legitimate analogy. The NFLPA are not victims. The players are not victims. The truth here is that the only victims during the NFL lockout are the fans.

How To Become A Muse And Inspire Others