The Tale Of The Two Turtles 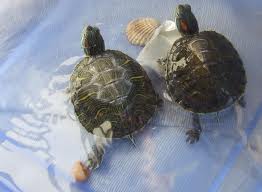 Recently, my kids (and therefore, my wife and I) got a dose of reality when they discovered there was no such thing as the Tooth Fairy. To make matters even worse, that discussion led to the truth about Santa Claus. Let me just say, it was an emotional day and an absolute loss of innocence at the Imbriano household. But it also led to a very thoughtful discussion which made me think about how we process information that is contrary to our beliefs and the way we have always known things to be.

It reminded me of an even sadder day in the lives of the Imbrianos 43 years ago. When I was just a little guy, we had the extreme misfortune of the death of my brother, Stephen, who was just a baby. Stephen was a victim of Sudden Infant Death Syndrome. I don’t write this to evoke sadness, it just happens to be the incident that triggered the following story.

At that time, I had a pet parakeet. After my brother’s passing, my great-grandmother, with her Italian superstitions, proclaimed that birds in the house were bad luck and told my parents to get the bird out of the house. My parents, consumed with sorrow, didn’t want to take any chances, and decided the bird had to go. They also concluded that another loss would be too much for a three-year old to handle in such a short period of time. So my parents came up with a brainstorm; the next day, when I went to the cage to say good morning to my parakeet, the bird was gone. However, the cage was not empty. At the bottom of the cage were two turtles.

When I questioned my findings, my parents explained that just as a caterpillar transforms into a beautiful butterfly, a parakeet changes into not one, but two, turtles. Of course, I bought into it – hook, line and sinker. I was just under three years old, why wouldn’t I trust that my parents’ tale was true? Here’s the twist. The story of the metamorphosis stuck with me even as I got older. When I was 12, and the science teacher described the process of a caterpillar changing into a butterfly, I felt compelled to chime in on the subject and said, “just like a parakeet turns into two turtles.” Obviously, my parents never clued me in on their fabrication and the motive behind it.

The harsh reality hit when the teacher scoffed at me, and the other students ridiculed me. It was quite an eye-opening experience to come to the realization that just because you are told something is true doesn’t mean it actually is a fact. Even though I understood that my parents’ intentions were honorable, ever since then, I no longer took anything at face value, and I questioned most things that came my way. From that point on, I looked at things differently; the loss of innocence made me more in tune with my gut instincts and heightened my ability to sniff out a fraud.

As time goes by, sometimes even the most astute folks need to be reminded that everything isn’t always as it appears. I recently was reminded that even I, when not paying attention, could be duped. Someone or some piece of information “gets by you” and you later shake your head in astonishment that you missed it. Fortunately, at my age and with my experience, the truth of the situation dawns on me sooner rather than later, and I can regroup quickly. But I definitely want to know immediately when there is, as in the Wizard of Oz, “the man behind the curtain.”

In this day and age of speed, multitasking and instant information, do not let the velocity and volume of information cause you to be caught off guard. You can’t let a tale of two turtles dupe you. Do not be afraid to stop (or at least pause), pay attention, assess the entire situation, and make a logical and well thought out determination. Having a contemplative approach to everything that comes your way should not be viewed as a weakness. Efficiency is important, but don’t let it be the parakeet that flies by you.

Be the Best Coffee Fetcher Possible