There Is No Room For Fiefdoms in Business 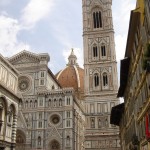 The past week I have run into a couple of blatant examples of how fiefdoms rule the way people and, worse, their organizations operate. The mere definition of it reeks of potential issues and pitfalls: Something over which one dominant person or group exercises control (thefreedictionary.com). Before I tear down the fiefdom model, I should point out that there are positive qualities that exist due to the protective nature of this sub-structure.

When it comes to fiefdoms, there can be much passion and pride in the specific area. Folks have put time and work into getting the area to a place were it probably runs more efficiently than it did in the past. At times, it may take hard work and rebuilding so there is a vested interest for the members of the group to make sure the effort isn’t jeopardized. That is primarily why folks within the fiefdom are so protective of their area of responsibility. In fact, when a structure is so broken, it often takes a cohesive group to work together pushing forward for a common goal to make things better. That cohesion is often what leads to a fiefdom.

The problem is that at some point, the efforts and protectiveness become counter-productive and the existence of the fiefdom is not for growth and achievement; it’s there purely for comfort and convenience. What occurs is that all the work it took to make things better turns folks into complacent members of a group or department. When you hear, “Things are just fine the way they are,” or “That’s standard method of operating,” or “Don’t change things if they are not broken,” it’s a clear sign of trouble.  For a guy like me with sports business running through my DNA, this attitude is like shifting from your offensive strategy which has giving you a three touch down lead to the prevent defense. And there is a saying for that: “All the prevent defense does is prevent you from winning.”

There are many issues with the fiefdom mentality, but here are a few key areas that will be dramatically affected and could cripple an organization. It’s what I like to call the VIGO Effect and quite often, it causes the ego of the individual or group to take control of the situation in a negative manner.

Vision: The only vision in the set up of a fiefdom is myopic and focused on self-preservation and keeping things that have been established, thus far, intact. That outlook is a clear sign that “maintaining” is the only thing in the sights of the leadership and the group. The busy aspects may be present, but the vision that leads to progress is lacking dramatically. This occurs when the person and/or group is so blinded by what they have done so far that they cannot see how much more they need to do and how much more opportunity there is, thus becoming a huge impediment to the future of the organization

Insecurity: People often get entrenched in the fiefdom because they are often insecure in their ability to execute at a higher level or the next phase. They also fear that their methods can be easily replaced and because of, this build up walls to not let any outsiders into their domain. This group often hides and operates in a manner to give the appearance that their work is more complicated than it truly is. This is one of the fiefdoms I ran into this week, and as a consultant, one I run into frequently. The folks I met with did not want to change their method of operation because they knew it would mean losing members of their team who were irrelevant. In this case, their insecurity was justified because new methods of operation would be easily implemented, making their area more efficient while making it more cost effective. The leadership of this area is holding on tight, but time is not on their side, and the change train is rolling down the tracks. The very thing they are trying to protect will ultimately cost them their jobs.

Growth: Fiefdoms typically come into play because the leader and members of the group are incapable of thinking beyond anything they have accomplished up to the present time. The fiefdom mentality breeds contentment, and the mission becomes less about progress and growth and more about keeping things status quo. There is lots of work being done, but that activity consists of folks working hard to make sure nothing changes. The energy is misplaced, causing a treadmill effect, not providing any real value to the growth and expansion of the organization. A clear indicator of this is the flat line in revenue generation. The group works to maintain their numbers, but there is no plan or strategy to grow them dramatically. Fiefdoms will stunt growth and cause revenue generation to be stagnant.

Over Protective: In all fiefdom situations, the leadership and its band of merry men (and women) are very defensive of their areas, and quite often they lash out at people who have suggestions or ideas to change and improve the area of control. No matter how viable the idea, the answer is “no” and the new concepts are shot down repetitively. There are varying reasons for this behavior, but one of the clear indicators of it is when the simplest questions are shot at even when the sniper is way out of line. The facts, in this case, do not matter and once the shooter realizes how off base they are, they scramble to cover up and point fingers elsewhere. This is another example I ran into this week, where I pointed out to a person a very small technical issue, and I was told that I was doing it wrong. This is fun, because I went into their office and showed them, step by step, what I was doing, and when the flaw surfaced, they tried themselves multiple times, only to experience the same issue. The funny thing is all the person had to say was, ”Great catch, we can fix it this way,” and they would have broken out of the downward spiral.

Fiefdoms are great indicators that there is probably a need for change in your company. The unfortunate part is that most times, the people who got you to where you are today are the ones building up the walls and rendering themselves ineffective, highlighting the fact that they are not the ones who will get the organization to where it needs to be tomorrow. Great leaders can spot this and will prevent the walls from being built or knock down the silos already in place obstructing justice. There is no place for fiefdoms at your organization. In business, the term and structure should be left to the history books.

It’s Time to RSVP to Life

Five Tips To Help You Get Back On Track