Title Does Not Equal Accomplishment 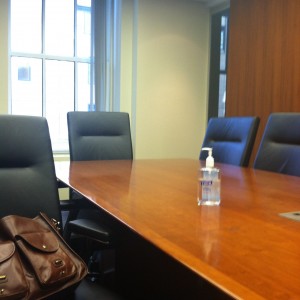 Growing up in an Italian family makes you rich in culture and tradition. There are so many wonderful aspects about how we enjoy life together – spending time together, the way that we welcome folks into our home with genuine kindness and hospitality, the fabulous food, and much, much more.  A great deal of any success that I have achieved is due to how I grew up and how the Italian lifestyle was instilled in me.

I will write about this from time to time, but in this post, I would like to point out a tradition that I no longer believe in, and that I haven’t for some time now. It actually has come into play during my career, and it probably has hurt me as I was striving to be a leader. Respect and pride for folks is important, but for Italians, it is off the charts, and at times, for right or wrong, takes a back seat to the order of things. If you’re not Italian, you may not grasp the full weight of this, but you have to trust me, lack of respect in an Italian family is worse than most crimes.

Of course, that concept followed me into other aspects of life, and although it positively created drive, I have learned it was just a symbol of respect and did not actually mean you were respected. I also came to understand that this attitude definitely hindered me in certain areas and held me back at times. Fortunately, what I have come to realize is that sitting at the head of the table means nothing if you are not truly loved and respected. Titles, offices, parking spots, seats on private charters – none of that crap actually matters. Yes, they are part of the system and, at times, are great perks and rewards for accomplishments. But, those things, in and of themselves, mean absolutely nothing if the people who work for you and with you don’t actually respect you.

I’m sure many of you reading this have had a boss you thought was a joke, and that you still wonder how he or she got the title and the opportunity to sit at the head of the table. I am also sure that you do not want to be viewed the same way. I realized quite a while ago that you have to actually give of yourself and make real sacrifices for those around you to gain true respect. That is the only way to become the head of the table. More than once, I had a “boss” reply to me, “because I’m the boss”. That answer in itself, is a huge red flag that the person making the statement doubts their own credibility with the position they hold.

In my house, I don’t sit at the head of the table, my kids usually do. When I go over to my dad’s or mother’s homes, one of the heads of the table is usually offered to me; I typically decline and sit in the middle of the action. I do this because I now know it doesn’t matter where I sit, If I earned it, I will be respected. Title doesn’t equal accomplishment, that only comes with doing. So remember, especially when you are sitting in the “big girl” or “big boy” chair, it doesn’t matter where you sit, it matters what you have done.

CFOs Are The Culprits Of Bad Customer Service