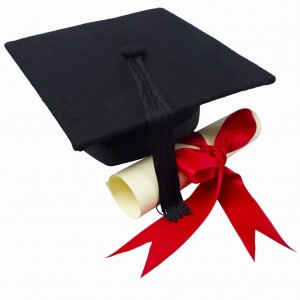 It’s 2011, and young people are worried about jobs, money and making a stake in life. I say, “Why worry?” Now is a great time for them to separate themselves from the rest of the schmucks. And trust me, there is an ample amount of them. I read a quote recently from President John F. Kennedy where he was pointing out that the Chinese word for crisis is made up of two characters; one that represents danger and the other that represents opportunity. Well, we are in the midst of an all-out young person crisis and the opportunities are plentiful – if you know how to capitalize and stand out in a sea of mediocrity.

The biggest problem for college kids in today’s society is two overbearing factors – their parents. These same two people brought you into the world, and for 18 years or so coddled you, provided for you, and gave their all caring for you. Mostly because they believe that their own parents sucked at being good parents and they wanted to make sure that you lived the most precious of existences. This is a noble thought – but they totally screwed you because of it. They made you soft and dependent on a certain structure – one that is great to protect you from the evils of society, but one that has totally chipped away from the very fabric that allows folks to have independent thought and soar with creative and entrepreneurial spirit. Most kids coming out of college today are at a disadvantage because all they will ever be capable of doing is follow schedules and execute tasks. Today’s parents are pulverizing the potential of their kids and because of that, society as we know it.

Young people today walk into the work force with an over-inflated sense of entitlement. Earning title and respect is a notion that is alien to most of them. They enter the work environment with the attitude of “I’m here; the world can revolve around me now”. Are you kidding me? Your parents are at home and you have moved out — their days of coddling you and pretending you matter are over. Bosses are not going to clap like your parents did when you sat on the potty and made your first dodo – they don’t give a crap. Your parents think everything you do is wonderful, regardless of the merit. No one else cares unless you are truly exceptional. Time to wake up and face reality kids – especially if you want to survive in the ruthless and cutthroat world of employment.

Ok – don’t panic. All is not lost. I was tough on your parents, and I am generalizing. Your parents mostly did the right things by you, but believe it or not, they were just a little too easy on you. They should have been tougher on you like your grandparents were on them. Oh yeah, I just said your grandparents sucked at being parents. That’s not entirely true – it is just what your parents think. Those old folks who give you money and spoil you rotten did some solid things with their kids (your parents), and that’s probably why your parents have become so successful and can give you all those cool gadgets to make your life easier. Your grandparents probably weren’t giving out hugs the way that your parents were – but that doesn’t mean they didn’t do some good things to help prepare your parents for life. Because honestly – that is their primary job.

The problem with parenting begins with conception. You need a license to drive, get married and even own a dog – but any two morons can copulate and have a kid. What in heaven’s name gives any brand new parents the experience to raise a child? Where is the master’s degree for that? “Parenting” is a lot more important than most of the crap folks study in order to get their master’s degree, yet there are not many people taking those classes – even the most educated snobs in the world are missing that boat. People do not have to pass any tests to have kids, and because of that, it’s a coin toss whether the parents are going to be good or bad. If you are on a football team, you practice all week to play one game. If you are in a rock band, you practice countless times before you play your gig. Yet, if you are a parent, most likely, you are flying by the seat of your pants each and every day. I have to tell you – that doesn’t give me a lot a confidence for high scores on the parenting report card.

Let’s get back to your grandparents. I know this may seem impossible, but there once was a time when there was no such thing as Facebook, the Internet, texting and cell phones. Your grandparents lived during those prehistoric times, and the flow of information wasn’t as real-time as it is today. So there’s a good chance that your grandmother was smoking and drinking while she was pregnant with your dad or mom, or that your grandfather was getting bombed at some bar before he drove home drunk, and their kids (your parents) were driving around without seat belts or car seats. It sounds like a tabloid news story gone wrong, but it really wasn’t that long ago when behavior like this was pretty much an accepted policy. The times were not “child friendly” in many ways. The sensitivity for others, especially those with any kind of handicap, was non-existent, and because of that your parents grew up exposed to a society that was not the kinder, gentler place it is today. It also has caused your parents, along with the media’s constant portrayal of the horrors of the world, to be the over-protecting, coddling, folks that they clearly are. It’s also the reason that a good lot of you are full of anxiety and on some kind of mood altering, prescribed medication.

So your grandparents were obviously overboard in one direction and we are quickly finding out that parents of your generation are drifting too much in the other direction. Going to school these days has nothing to do with learning – it has to do with knowing how to take tests and getting high scores. I heard a report the other day that there are school systems having to make tough decisions on budget cuts because of the economy, and there was a proposal to fire all social studies teachers in one school district because that subject was a luxury, as it was not covered on the standardized tests. It’s one of the most ridiculous things I have ever heard. Educators are basically teaching kids how to fill out the paperwork. Isn’t this just sterilizing the youth of our society? It sounds like it’s all about the endgame and not about the journey that gets you there. Sounds kind of yuck to me. The whole thing is just watering down our youth. It’s making them taskmasters and not creative thinkers.

It’s has come to a time where there needs to be a balance between where your grandparents were and where your parents are now. We need the college kids to toughen up and become less concerned with GPA and more concerned with what they learn along the way. I heard a story the other day that the parents of a college student called for a meeting with one of the kid’s professors to argue a grade that their son had received. ARE YOU KIDDING ME..? How in the hell is this kid ever going to fend for himself if he runs to mommy and daddy every time he gets a sniffle and things do not go his way? The economy has gone through a huge correction, and it is clearly time for an overhaul and correction with the parent’s of today’s generation of college kids as well.

Hey, don’t get me wrong, there is nothing wrong with helping your kids out and providing them direction, but parents are not doing their kids any favors by doing everything for them. I am sure it started with the parents doing the kids homework for them, but parents have to stop going beyond advising and really need to refrain from doing the things their kids should be doing for themselves.

So, here’s an opportunity for you young men and women in college getting ready to enter the wild world of business and industry. The likelihood is that parenting is not going to change that rapidly; it will affect future generations and skip right over yours. Don’t go into an all-out panic attack and reach for your prescription. There is hope. Because now it is up to you to act like the adult and put balance into your own life. Time to grab the bull by the horns and make things happen. If you start making adjustments in your philosophy and approach, you will be way ahead of all the other morons who are still getting their asses wiped by their parents. It’s time to emancipate yourself from the overbearing interference of your parents and make your own claim. It’s time to fend for yourself and make a difference in the world. Time to stop worrying and start doing. The opportunity is right in front of you, so don’t let your parents cause you to fear taking that chance and paving your own way. It’s called commencement for a reason. It’s time to capitalize and stand out and begin your life.

Don’t Give the SOB’s the Satisfaction

Make The Best Hand From The Cards You Are Dealt