Don’t Be Locked In For Life 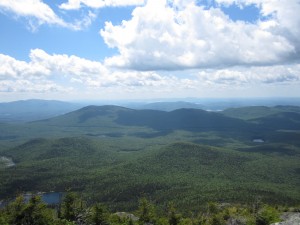 Sometimes in life, you feel you have it all figured out and that the direction you are headed is absolutely perfect for you. At other times, you are twisting in the wind, trying to figure out what is next. Most would look at one of these as being good and the other, well… not so good. The reality is that neither, by itself, is very good.

When I was in radio, I was positive that I would become the program director for a radio station. That was the direction I was headed, and it was definitely the next logical step in my career. I began working at WHDH Radio as a glorified go-fer, worked my way up to a producer, and when WEEI went all sports, made the move over. I became executive producer, and then program coordinator, (which carried most of the duties of program director without the title or the salary), but through it all, I never made the final jump to program director.

Some would say that progression was not a good thing, and that I fell short of my goal. They would be right to some extent, but if I became a PD in radio, the likelihood is that I would have never gotten into marketing. I would not have run marketing for the New England Patriots, started my own marketing company, taught marketing at BC, nor written Winning the Customer. If I had become a program director at a radio station, my career path probably would have been very different. That doesn’t mean it would have been worse; for all I know, it may have been better. But it definitely would have been different.

Many people focus on the notion of, “This is the path I have to take?” The reality is that there is no singular “this”. There are many different paths that will suit you just fine. There are many options in life for careers, hobbies, relationships, places to live, etc. You are not locked into what you originally thought was your correct course to follow. There is not only one appropriate path for you, or for anyone else, for that matter. If you are focused on that one thing, you will be missing out on so many opportunities and experiences, and will be unnecessarily squelching your life.

My buddy Billy used to produce for Prime Time and Chris Berman at ESPN; he now owns The Greatest Bar in Boston. His best pal, and another buddy of mine, John, was a postman who now owns a very successful ticket agency. My buddy Steve used to own a restaurant and a bar, and now is killing it as a broker. My pal John used to run radio stations; now he’s a VP of the NY Giants. All of these guys are just as happy now, maybe even more, than they were in their past jobs. It’s not the route that you take; it’s what you make of it. So don’t feel trapped or locked in. If it’s time, grab hold and make that leap.

Just ask my pal Rush, who for years and years believed his one path would be to become a GM for a radio station. He never got that title, but is a C-level executive at the Miami Dolphins and is basking in the sun of his new direction. Like me, he never acquired his ultimate title in radio, but do you think either of us really cares about that now?

When you think you have it all figured out, that is a pretty good indicator that you might be missing something in life. Don’t let fear or comfort prevent you from exploring new opportunities and journeys. Don’t stay pat; Go Do. You just might find you were in the wrong place all along.

The Big Three in Customer Satisfaction