Don’t Give Up, Go Do 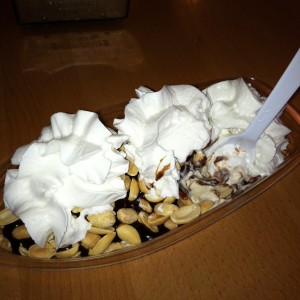 I was baptized in the Catholic Church, only went to Catholic schools for my education (grade school through college), have received all of the sacraments through marriage, was an alter boy for almost a decade, and have read the Bible several times. I am confident in saying that I have had more than my fair share of the Catholic religion in my life.

The folks who assembled the Bible wanted people to follow rather than lead. The Old Testament begins with the banishment of Adam and Eve from the Garden of Eden due to disobeying the rules, however the actual reason was that they were seeking knowledge. In fact, much of what is written promotes following in favor of leading.

I could sit and write for hours about why I do not buy into much of what the Catholic Church professes and disseminates, but that’s not my purpose for this post (although, it appears Pope Francis may agree with me). I just want to establish that I am familiar with the ways of the Catholic religion. I want you to know this because I would like to introduce a concept about Lent that I think all denominations should observe, not just Christians. (Don’t click away just yet, this is not a post about religion, it is about leadership and doing.)

Not to get too religious here, but basically, Lent is 40 days when individuals from many Christian denominations prepare themselves for Easter. It’s a symbolic period that represents Jesus Christ’s time in the desert battling with his human instincts and his godly duties. Whether or not you believe in any of this is irrelevant to my purpose. During Lent, many give up things they like, such as certain luxuries, as a form of sacrifice in recognition of Lent and Easter and to be dutiful Christians. I get it and why people do it, but I feel it is a waste of energy and a missed opportunity.

Everyone, regardless of economic stature, sacrifices at some level every day. Some plights are more difficult than others. While I understand the justification and tradition behind Lenten sacrifice, the reason I feel it’s wasted energy and a selfish opportunity is that people use the obligation to make themselves artificially feel better. “I gave up chocolate for Lent,” or “I gave up wine.” Cursing, beef, soda – whatever the list is made up of, it is nothing but window dressing and lacks any real sacrifice or result. It’s a fabricated way to briefly feel like you have accomplished something. The reality is, in most situations, there is zero substance to what is accomplished in “giving something up” during Lent.

I’m not here to judge or rain on your parade. I, too, have fallen victim to the concept of “giving up” something that neither changes your life nor aids that of another. The entire notion of “giving up” bothers me. Why use your ambition and energy to give something up, when you can use that same effort to actually give and do? Why must sacrifice be about going without? How about if sacrifice was more about doing, more specifically doing for others?

So here’s my thought on the future of Lent. Why don’t we take those 40 days and use them for doing stuff for other people. Let’s use the energy to sacrifice a little bit of ourselves for the betterment of others. What that exactly means will be specific to each individual, but if you are planning on giving something up for Lent, perhaps you can be convinced to exchange the “give up” for a “Go Do”.

I know the idealists are going to say, “Lou, people should be doing something nice for others every day, not just during specific times” and they’re right, but that’s just not realistic. “Always” is very hard to achieve, whereas specific time frames are much more attainable. So how about it? Instead of “giving up” during Lent, we all pick ways to “give” during those 40 days. It can be something little every day or one big thing you work toward. In the grand scheme of things, it has to be more rewarding and beneficial than to stop eating ice cream for a little over a month. If you really think about Lent, it is a time that should be more about leading, not following.

As for anyone who does not observe Lent, call it whatever you want. But how about we forget about religious barriers, unsubscribe to the religious mantra of “follow”, and join the concept to “give” above and beyond for 40 days to make a difference. The best way to sacrifice is to Go Do.

Go Do ~ Aim For Happiness

The Big Three in Customer Satisfaction