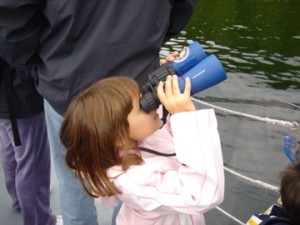 When I was in radio, Jim Cutler told me, “Never let more than 30% of your income come from any one place.” Jim was our production director at Sports Radio WEEI, but to earn more money, he also did voiceovers for other TV and radio stations. He has done a lot of national work, including stuff for ESPN, so you have probably heard his voice plenty of times.

I’m not here to write about Jim’s career, although he has been very successful. I am focusing on his words of wisdom, because I believe they should be shared with all. I am not even sure if they originated from Jim, but that’s were I first heard them and from the moment that I did, they made sense. Just to be clear, Jim was referring to personal income and not customer concentration risk for a company, which has an entirely different metric.

At that time in my life, I was the Executive Producer for the station, basically running programming, because the Station Manager, Bev Tilden, was truly a marketing person rather than a sports programming person. She really depended on me for much of the day-to-day programming decisions at the station. I was lucky to work for her at the same time, because I absorbed a lot of her marketing experience. While I was working at the station, I was also producing a couple of TV shows and making some money from the production company that one of the hosts, Eddie Andelman, and I started a few years prior. Not only did I understand Jim’s sentiment and philosophy, I was starting to practice it myself.

Earlier in my career I had started a company called Celebrity Sports Connections, which booked athletes and celebrities for events, endorsements and speaking engagements. It wasn’t an over-the-top revenue stream, but the dribs and drabs helped a young up and coming radio producer.  Having the company also made it easier to do consulting gigs once I acquired more marketing experience. My first brand that became a client was Lids (the hat retailer with stores in the US and Canada).  They were looking to expand on their grassroots marketing efforts, and we had been quite successful at the station, so they brought me in and paid a monthly fee for my ideas and direction. I was piecing together a nice little income with all these different streams, and it verified Jim’s philosophy.

The entrepreneurial spirit was in me, even before I knew what an entrepreneur was (or how to spell it). I did break out of the multiple income stream when I joined the Patriots. But I never really stuck to my job description, and was always adding more duties and functions to my plate, which made me more valuable to the organization, and also gave them just cause to pay me more. I never stayed pat, and that helped me to grow within the organization.

Now that I am a full-on entrepreneur, and am involved in many companies, (and always looking to get involved in others), less than 25% of my personal revenue comes from one place. The percentage breakdown isn’t what really matters. What matters, is the concept, and everyone, regardless of his or her appetite for risk, should follow it. Even if you are very conservative, you should start your own venture on the side and begin thinking of ways to create additional and alternative revenue streams of income beyond your traditional paycheck. Even if you have a full time, great paying job that you love there are always hours in the day you can dedicate to other projects and opportunities. Do not let the opportunities pass you by, because if you lose that job paying you 100% of your income you will be scrambling to replace it all, as opposed to just a portion of it if you had multiple streams of revenue.

In life, the one thing that you can be sure of is that things are constantly changing’ solid companies that appear to be indestructible fold more often then you would predict. In the Seventies, would anyone have imagined Polaroid going out of business? In the Eighties, would you have thought Pam Am would cease operations a decade later? And now, in 2012 the question is, “Is any company indestructible?” If you rely solely on a paycheck, are you doing everything you can to ensure long-term sustainability?

The only true solution comes from the words Jim Cutler spoke to me decades ago at  the number one sports radio station in Boston at the time (they no longer own that distinction): “Don’t let more than 30% of your income, come from any one place.”

Are You Thinking or Doing?

The Summer’s Over, You’ve Got To Buckle Down

There Is No Room For Fiefdoms in Business